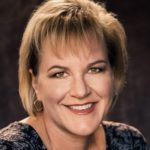 Lisa T. Bergren has published more than sixty books—in multiple genres—with combined sales of more than three million copies. Her historical speculative series The Gifted is coming back in brand-new editions from Stonewater Books this fall.

Lisa explained to FamilyFiction how she gets so many ideas:

“God. Seriously. But mostly, it is things that move me. I wrote the River of Time Series because I wanted to give my teen daughters and their friends a fast-paced romance without paranormal creatures like vampires and werewolves–and because I’ve always wanted to time travel myself. I wrote the Remnants series because I loved Hunger Games, but I was disappointed in the end—because there was no hope. So, I’m constantly thinking the ‘What if…’ question that gives all writers their next idea.” 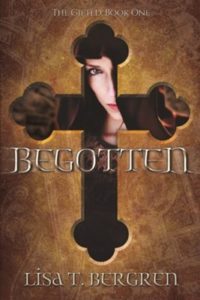 The year is 1339, the height of the Inquisition, and a secret half a millennium old is on the brink of being exposed. Centuries before, the Church compiled the letters written by St. Paul with other texts to form the foundation of the Christian canon. But what the world doesn’t know is that Paul wrote another letter-a letter speaking of men and women who, though begotten of men, possess mysterious spiritual gifts. Now the time has come for the Gifted to gather. The beautiful healer; the wise priest; the slave with the gift of prophecy; the knight with faith enough to leave the Church. As their gifting grows more powerful, so do those who wish to destroy them and uncover the secret of the letter that will determine the fate of the Church…and the world.