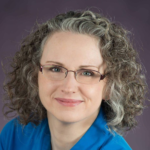 The daughter of a Bible teacher who read Tolkien and Lewis aloud to his children, she grew up daydreaming about Narnia and Middle-Earth, watching Doctor Who from behind the sofa, and hanging out in her brothers’ comic book shop. Now she writes novels about knife-wielding faeries, weird science, and the numinous in the modern world.

“As an author in the general market I don’t ‘preach the gospel’ in a four-points-and-an-altar-call sense, but my books consistently reflect my belief that in even the worst of circumstances and the lowest of places, God is there. And I pray that my Christian moral and spiritual worldview comes through, in a positive and meaningful way, in everything I write.” 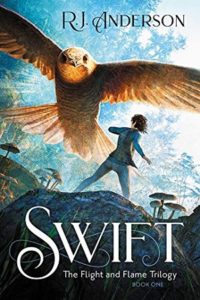 Swift
Flight and Flame #1
R.J. Anderson
Enclave
Buy the book from our store!

To save her people, a wingless girl must learn to fly.

As a piskey girl born without wings and raised underground, Ivy yearns for flight almost as much as she misses her long-lost mother. But the world outside the Delve is full of danger, and her dreams seem hopeless until she meets a mysterious faery who makes her an enticing offer: If Ivy helps him escape the Delve’s dungeon, he’ll teach her how to fly.

Freeing Richard could cost Ivy her reputation, perhaps even her life. But when her fellow piskeys start to disappear and her beloved little sister goes missing, Ivy has no choice but to take the risk.

Deadly threats and shocking revelations await Ivy as she ventures into a strange new world, uncovers long-buried secrets about her family’s past, and finds that no one–not even herself–is entirely what they seem.