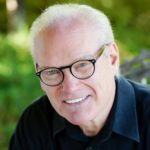 “I answered a teenage call to full-time Christian work and assumed it would mean I should abandon my writing to pursue training as a pastor or missionary. But a wise counselor told me that “God often equips us before He calls us,” and suggested my writing might be the vehicle I would use to follow my call.”

READ THE INTERVIEW: Jerry B. Jenkins—Obedient to the Word 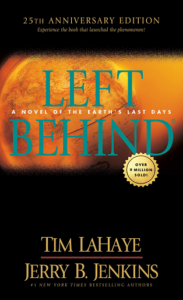 Left Behind 25th Anniversary Edition
Tim LaHaye and Jerry B. Jenkins
Tyndale House
Buy the book from our store!

As the world approached a new millennium, Tim LaHaye and Jerry B. Jenkins released a novel that became a cultural phenomenon. On a Boeing 747 headed to London, passengers instantaneously disappear from their seats, resulting in terror and chaos for those left behind―not only throughout the plane, but also worldwide as the apocalypse begins.

Included in this 25th anniversary edition is an essay by Jerry B. Jenkins, exploring cultural and spiritual changes over the last quarter century through the lens of this groundbreaking work of fiction. Read it for the first time or enjoy it again to be reminded of Left Behind’s incredible impact.