Christian Suspense author Liz Mitchell releases her latest novel, Like the Ocean Moves,
Book One of the Torchbearer Series. 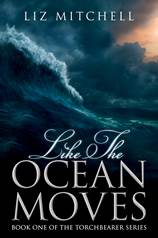 Liz Mitchell is set to publish her first novel, Like the Ocean Moves, Book One of the Torchbearer Series. The author chose the publication date for this powerful work of Christian Suspense for a very personal reason.

Exactly ten years prior to the day, Mitchell, a teacher in Madisonville, Kentucky, traveled to Nashville, Tennessee with her husband to join more than 20,000 other believers for The Call a massive gathering for the purposes of prayer and fasting. On that 7th day of July in 2007, evangelist Lou Engle was among those gathered to intercede for our nation, for the church, and for one another. For Mitchell, it was a profound experience that made a lasting impression.

“Several prophetic words went out into the atmosphere around us that night, one of which was a call to the artists in Nashville,” Mitchell explains. “The call went out, asking God to pour out a spirit of divine artisanship, art inspired by Holy Spirit, to those called to it in and around Nashville. The cry rang out, asking God to intervene, to pour out, to help all to become more than they could be without Him.”

With no prior intention to move or change careers, a fire began to smolder in Liz Mitchell’s heart that day. Over time, that fire burned with an insistence that ultimately became Like the Ocean Moves, Book One of the Torchbearer Series.

In Mitchell’s novel, Torchbearers are those who walk among us to bring Heaven to Earth, light to darkness. Alongside angels and saints, they wage compelling battles in this story against the power of Hell to dismantle an international human trafficking ring. Six year-old Katey’s captors plan to sell the child to the highest bidder. Katey’s best friend and his mother take an unexpected journey to Heaven where they see wonders they’ve never imagined before meeting King Jesus and being tasked with a singular mission: rescue young Katey. Mother and son join forces with Nashville Metro Police detective John Yates to launch a combined attack of physical and spiritual warfare that spans the globe in a showdown between Heaven and Hell, leaving no doubt that miracles still happen and those miracles are accessible to even the smallest Torchbearer.

Among the characters in this ambitious and inspiring novel is R.P., a former Army Ranger allowed to cross the boundaries between the physical and the spiritual realms to aid in the mission. Mitchell was inspired to create the character of R.P. to honor her real-life childhood friend, Sgt. William Patrick Rudd of Madisonville who was killed in 2008 during a raid in Mosul in which U.S. soldiers killed Abu Qaswarah, the alleged No. 2 leader of al-Qaida in Iraq. Rudd was assigned to the 3rd Battalion, 75th Ranger Regiment, (Fort Benning, Ga.). Rudd served with the elite Army Rangers.

Like the Ocean Moves is a gripping work of Christian Suspense. Although she has had short stories and works of non-fiction published as far back as 2001, this is Liz Mitchell’s first novel. Brilliantly crafted with storytelling that can only be described as “inspired,” the dark subject matter is both painful and important to address. Mitchell weaves a powerful story that is both disconcerting and uplifting. 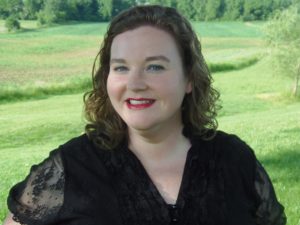 Liz Mitchell is a gifted new voice in the genre. Her faith is strong, her message is clear, and her writing is riveting.

Visit her site at  www.lizmitchellfiction.com