Andrew Huff is the product director at Igniter Media, one of the largest church media companies in the nation. He has also spent ten years in church ministry as both a youth pastor and creative arts pastor. His debut novel, A Cross to Kill (Kregel), pits a man of God against terrorists—and his own deadly past. In this exclusive interview, Andrew shares about the Shepherd Suspense series, reveals how his church background informs his fiction, and explains how his faith impacts his stories…

Andrew, what can you tell us about John Cross and A Cross to Kill?

The character of John Cross was created out of my love for classic action thriller film and novel heroes such as Jason Bourne, James Bond, and Jack Ryan. The storyline for A Cross to Kill came to life when I simply asked the question, “What would a character like that do if they came to know Christ?”

I struggle with forgiving myself for past mistakes, as do all Christians that I know, and it became easy to imagine a former spy/assassin would have a lot of guilt over his former life. The conflict for John is that while he’s running from what he sees as the unforgivable sins of his past he’s also very good at what he did and can’t seem to turn off the training.

To write A Cross to Kill, I took a guy like that and put him in an environment I was very familiar with—rural evangelical church!

What is the theme or overarching concept of the Shepherd Suspense series?

While forgiveness is a dominate theme for the first book in the series, the overarching concept of my Shepherd Suspense series is what are you supposed to do after committing your life to Christ? John’s not the only character asking this question, and while he’s found what he thinks is the answer as he follows the path before him, he will learn that God’s will and calling is not always exactly what we think it is.

This theme is of course wrapped up in nail-biting action and international intrigue. While I have very deep theological questions threaded through the series, I also want it to be exciting and hard to put down.

You transitioned from local church ministry into storytelling and church media production. How much did the former inform the latter—and how much is it completely new territory? 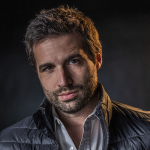 There were so many ways in which my time in local church ministry prepared me for storytelling and church media production, but one of the biggest was getting to know people in a ministry context. Good storytelling is always about the characters, and there’s honestly less I could dream up that would be more compelling than the stories and experiences of real people. (Quick note: John Cross is not based on a real person—maybe.)

Even generational conflict, something common in local church context and with which I have a lot of experience, can still be present as we seek to set trends while also honoring traditional preferences. But there’s also been a lot to learn about craft and business.

While I’m fortunate to work with a company that takes spiritual care seriously, there are key differences between operating a for-profit business versus a non-profit ministry. Finding the balance between striving for business growth but also demonstrating a servant heart can be challenging but also deeply rewarding.

How does your faith impact how you approach telling stories?

My faith plays a critical role in how I tell stories, so much in fact that I don’t think I would be as effective without it. Understanding who God is and what my place in His creation is not only informs my own sense of identity and purpose, but also opens my eyes to the ways in which we deal with the fallout of sin’s curse.

Any time I sit down to write, the story is going to be informed by my theological perspective on the world and the people in it. That’s what I love about the craft. I get to create a character, place them in a situation, then imagine how it might turn out based on who they are for better or for worse. I believe we get our love of stories from our Creator because He loves stories, so the more I get to know Him the better stories I’ll be able to tell!

What do you want readers to come away with after reading A Cross to Kill?

First and foremost, I want readers of A Cross to Kill to walk away from the book with a smile on their face because of the fun they had in much the same way they might walk out of a Mission: Impossible film for the same reason. But I would also want them to think about how they might identify with John Cross’s struggle against guilt over past sin and, hopefully, understand that nothing they’ve done is beyond the forgiveness offered by God through Jesus Christ.

It took me a long time in my own life to truly believe God’s forgiveness is infinite, and even today I’m not fully convinced. But He’s reminding me every single day, and my hope is that my book is just one more such reminder for you. 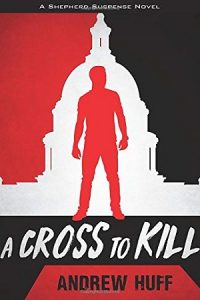 Buy the book from our store!