How many lifetimes can God expect one man to live? In the new novel from Amanda G. Stevens, No Less Days (Shiloh Run Press), a man who cannot die has lived for years in isolation—until he discovers a community of others that seem like himself. But when crimes come to light that are older than any mortal, what does God require of him, and is David strong enough to see it through? In this interview, the author shares the inspiration behind the story, how the book’s focus isn’t on the science but on a man who needs grace, and what she hopes readers get out of the experience…

Your book No Less Days follows a man who can’t seem to die–and finds a secret community of others who seem to be immortal. What inspired this story? 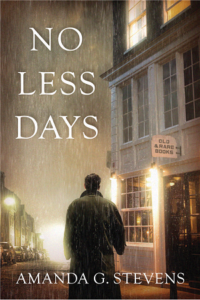 I’ve always been intrigued by the theme of immortality in fiction. I love the Elves of Middle-Earth, the “happiest and saddest” of the peoples Tolkien created as they watch the ages pass. I love the exploration of aged sorrow in Tuck Everlasting. I’ve stuck with TV shows which shall remain nameless (but, ahem, a few involve vampires) because I’m always wondering how did this writer tackle immortality? Anything new? Are the characters convincingly old and young at the same time?

The thing is, while some of these fiction works satisfy me more than others, I’m always left with a tug of incompletion. Eventually I figured out this tug was my writer-brain. I was dissatisfied because there was a story in my own head and heart wanting to come out.

I wanted the gospel to be part of it, but I didn’t want to do allegory or high fantasy. I wanted to write about a normal guy living in the here and now who happens to be really old. And I wanted to give that guy a relationship with Christ and watch him ask those questions despite his faith: “What am I still doing here? What is Your plan in all this, Lord? Because I don’t get it.”

What were your goals writing No Less Days?

I write to explore people, their inner selves, their relationships. My goal is always to create characters that breathe from the page. The characters are the first thing that come to me. I throw conflict at them to see what they’ll do with it, and eventually I get a plot from that.

With this unusual premise, what were the challenges of keeping it grounded both in reality and also with a biblical worldview?

I had to figure out how David and the others got this way; that was my strongest reality check. I wanted a scientific explanation (or at least pseudoscientific; what can I say, I did my best). David has lived with the mystery and given up ever solving it by this point, but the reader would want an answer, and I wanted an answer too.

A friend of mine is a physician assistant. She helped me tweak my concept into language the characters could explain to each other plausibly.

As for a biblical worldview, David has such a deep soul for God. He really drives the book in that way, so I never felt myself slipping from that. There are some dark ethical problems raised as well, and the characters make decisions based on their personalities and life experiences. The morality of their actions is up for book club discussion.

This book seems out of the ordinary for your publisher, Shiloh Run Press. How did you end up there, and does the uniqueness of your book stand out more as a challenge or an opportunity?

Well, I got there via the usual submission process; and yes, I was surprised when they wanted the book, given their usual title selection. Honestly, though, a contemporary fantasy about a guy who can’t die would have been out of the ordinary for any Christian publisher.

To me, this is an opportunity to find Christian readers who are looking for uncommon genres. I can hold up my book and say, “Look, here’s one!” Not that I’m literally the only one; but if readers enjoy No Less Days, I hope there will be more and more.

However, ultimately the science behind the character’s lifespan isn’t the focus of the book. The focus is the character himself and the people he meets. In a way, No Less Days is just another story about a man under pressure who has to lean on grace.

What do you hope readers come away with after reading No Less Days? 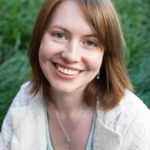 I don’t plan themes ahead of time. In fact, I often don’t know what the themes are until readers point them out to me. So I don’t have any premeditated takeaway built into my stories. I simply try to be honest about how much life hurts sometimes, “even” for the Christian.

This book is of course about time and eternity, age and memory. As I mentioned, other questions rose out of the narrative too. Who would we become if we had triple the years to do our “becoming”? How much is community really worth?

Ultimately, I hope readers will grow to love the people I’ve made enough to stick with them on their journey even when it gets rough. I hope as they walk alongside my characters, they’ll find thoughtful refreshment for their own life journey.