Nikki moves to Cedar Key with hopes of a fresh start, but with her mother’s unsolved murder case reopening, it seems she can’t escape danger. In Carol J. Post’s recent release, Buried Memories (Love Inspired), readers will stay on the edge of their seat as Nikki works to uncover the truth. In this interview, Carol discusses her inspiration behind the story and why she writes Christian fiction.

Buried Memories is the fourth book in my Cedar Key series, so I will start with what inspired the series to begin with. My husband and I discovered Cedar Key several years ago while sailing. We were looking for somewhere to get gas and restock some supplies and it looked from the chart as if the closest place to do so would be Cedar Key.

We sailed into the Cedar Cove Beach and Yacht Club and were immediately impressed with the friendliness of the people. We learned that gas was on the other side of the island, but instead of sending us on our way, a local gentleman insisted on loading our portable gas tank into his golf cart and driving my husband there. 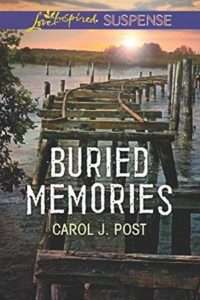 When I decided I wanted to write a series set in a small island town, I knew it had to be Cedar Key. Cedar Key is the second oldest city in Florida (after St. Augustine) and is rich with history and very artsy. With its friendly people and laid-back atmosphere, it’s a great place to vacation without the crowds and heavy traffic that you find in a lot of the Florida beach cities.

When starting work on Buried Memories, I wanted to write a soldier hero and realistically portray the struggles our servicemen face. My brother-in-law is retired from the Air Force, my son-in-law is in his 19th year with the Navy, and one of my closest friends retired from the Army after 27 years of service, so I really have a heart for those serving in our military.

Nicki Jackson’s mother was murdered when she was seven years old, and she spent two years being bounced from one foster home to another before finally being adopted. She’s a new Christian and has a lot of healing to do. She’s tough but has fought nightmares for most of her life. She has great sympathy for people who are struggling because she’s been there herself.

Tyler Brandt is an injured ex-soldier suffering from PTSD. He is tormented by memories of his last mission, during which he and his men were ambushed and he was the only survivor. With a father who left him, a mother who died right after he finished school, and all the comrades he saw lose their lives, he feels a lot of anger. That is something he has to work through, with God’s help. He and Nicki were best friends for two years as teenagers, until he moved away, and although he had a crush on her back then, he feels he’s too messed up consider anything more than friendship now.

THE DANGER NICKI FINDS HERSELF IN IS SOMEHOW TIED TO HER MOTHER’S DEATH. CAN YOU TELL US HOW HER MOTHER DIED?

Nicki’s mother was murdered when Nicki was seven years old. The case was never solved, but a recent murder with some similarities has resulted in the case being reopened. The visit from the detectives dredges up a lot of memories Nicki has tried hard to forget and makes her nightmares return with a vengeance.

If I say any more, I’ll have to write a spoiler alert!

WHAT ARE THE CHALLENGES – OR BENEFITS – OF WRITING ROMANCE STORIES AS A CHRISTIAN?

I enjoy writing romance because of the opportunity to delve into characters’ hurts, fears and struggles and bring them alive on the page. It’s especially rewarding when I get letters from readers telling me how something a character went through helped them with a similar issue they were facing in their own lives.

AS A SUSPENSE WRITER WHO IS A CHRISTIAN, IN WHAT WAYS DOES YOUR FAITH 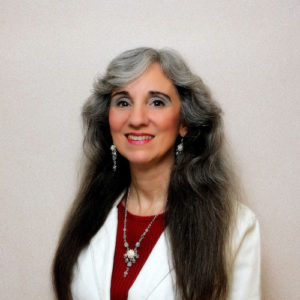 IMPACT HOW YOU WRITE STORIES ABOUT CRIME AND DANGER?

I know there is evil all around us, and I try to portray these elements realistically, but without unnecessary violence. I’ve read some things that are too graphic and disturbing (in secular books), and that is something I avoid in my own writing. I want to give my readers an engaging, tense read, not nightmares!

In writing Christian characters who face these dangerous situations, I know fear is a natural response, in spite of faith. When the killer is creeping ever closer to my heroine’s hiding place, her heart is pounding (and mine is too). A silent “God help me” is realistic. I’ve even had a non-Christian or backslidden character bargain with God.

YOUR LOVE INSPIRED SUSPENSE NOVELS COMBINE ELEMENTS OF FAITH, ROMANCE AND SUSPENSE – WHICH OF THESE IS HARDEST FOR YOU WRITE? WHICH IS THE EASIEST?

The suspense is definitely the easiest for me to write. When there’s a lot of action and excitement, the words really flow. Sometimes I get so caught up in the suspense, that I realize I’ve written several scenes in a row without any romance! Then I have to go back through those scenes and layer in interactions that intensify that push-pull between the characters.

As far as the romance and spiritual elements, I think I find them equally difficult to write. I can’t say I really struggle with them. It’s more that I have to make a conscious effort to make sure those elements are included in the right amounts.