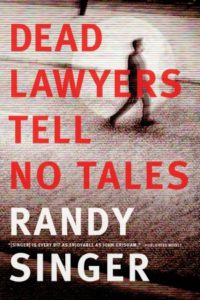 Main character Landon Reed is a former SEC quarterback convicted of organizing a point-shaving scheme. While in prison, he finds forgiveness and faith. After prison, he earns his law degree and longs for an opportunity to prove his loyalty and worth. He’s hired by Harry McNaughten, one of the founding partners of McNaughten and Clay—and the only attorney willing to take a chance employing an ex-con turned lawyer.

Although Landon initially questions Harry’s ethics and methods, it’s clear the crusty old lawyer has one of the most brilliant legal minds Landon has ever encountered. The two dive into preparing a defense for the highest-profile murder trial Virginia Beach has seen in years when Harry is gunned down in what appears to be a random mugging.

Two more lawyers are subsequently killed when the firm’s private jet crashes. Authorities suspect someone has a vendetta against McNaughten and Clay, leaving Landon, his family, and the only remaining partner as the final targets. Landon can’t help but wonder if the plot is related to a shady case from McNaughten and Clay’s past or to the murder trial he’s neck-deep in now. And one question is begging to be asked: Will he survive long enough to find out?

Randy Singer says he’s motivated to write because “stories convey the truth,” and as a writer he relishes the opportunity to “get into those deeper questions that fiction can raise.” Singer shares that in his own personal experience as a litigation attorney, redemption is a prevalent issue. He often has to ask, “When has somebody paid their price to society? And do we forgive them and give them a second chance?” Dead Lawyers Tell No Tales makes the reader consider this as well as some of the other issues facing our society.