Every weekday, a Creacher appears on Facebook and the Creacher Toons website; sometimes with a clever saying, sometimes with an admonishing statement, but always giving readers food for thought.

“Someone once asked me who Creacher is supposed to be,” says Dave Weiss, the artist behind this webcomic. “Creacher is different every time. They look like no one and so they can be a sort of ‘everyman,’ representing everyone.”

Creacher Toons is a different sort of webcomic. It has no plot or recurring characters, just a single panel featuring a Creacher (“preacher” plus “creature”) and its thought of the day. “Creacher is about lightheartedly calling attention to what’s going on in the world from a Christian perspective,” Weiss explains, “and telling the audience how to be a new creature in Christ.” 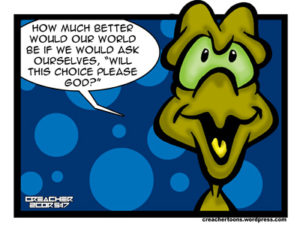 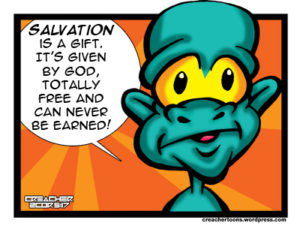 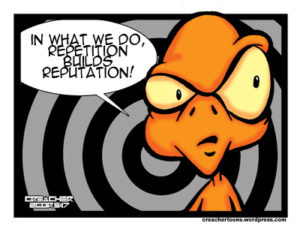 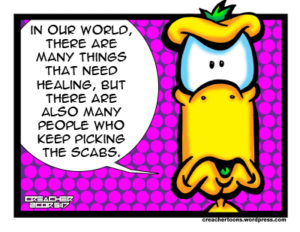