Michelle Shocklee (Under the Tulip Tree) is the author of several historical novels. Her work has been included in numerous Chicken Soup for the Soul books, magazines, and blogs. Married to her college sweetheart and the mother of two grown sons, she makes her home in Tennessee, not far from the historical sites she writes about. 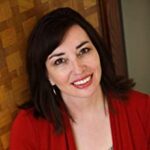 I first heard about the Federal Writers’ Project (FWP) while researching slavery for my plantation novels. Created in the 1930s during the Great Depression, the FWP was a government program that provided jobs for out-of-work writers, teachers, librarians, and others. Although the FWP was better known for its American Guide series—a series of travel books that offered detailed histories, descriptions, and information about all (then) forty-eight states and several major cities—it is the body of work known as the slave narratives that captured this author’s attention.

If you’ve been lucky enough to have an older family member who is a master storyteller, then you’ll understand what I mean when I say that reading the slave narratives is like sitting at the feet of your grandma, listening to her spin tales of bygone days. These narratives were collected in the mid-1930s when FWP writers fanned out across seventeen states to collect firsthand accounts of life in bondage from former slaves. The Civil War had ended seventy years earlier, and these former slaves were in their eighties, nineties, and hundreds. If their stories were going to be preserved for future generations, it had to happen soon.

Upon my first reading of the narratives, I was captivated by the honesty, the realness, of each story. Told in their own words, in their own way, these stories are raw and compelling. Each interviewee was asked the same questions, yet their answers are as diverse as yours and mine would be today. As I continued reading one narrative after the other, I was struck by the fact that, although many of their stories of life in bondage are horrific and hard to digest for modern readers, the former slave never seemed to wallow in the past. They weren’t telling their story to shock or gain sympathy. They were simply giving an account of the life they’d lived, with all its beauty, ugliness, highs and lows.

It was that kind of honesty I hoped to portray as I wrote the character of Frankie in my novel Under the Tulip Tree, a book based on the Federal Writers’ Project slave narratives. Frankie is a 101-year-old woman who began life as a slave, owned by people who saw her as a possession, not a beloved creation of God the Father. When a young white woman arrives on her doorstep asking to hear her stories of slavery, Frankie recounts a life full of despair and hope, cruelty and compassion, bondage and freedom.

On the other side of the questions is Rena, a young woman who knew very little about slavery before accepting a position with the FWP to interview former slaves. Although Rena was born in my imagination, I can’t help but wonder how many of the real FWP writers were shocked to hear the gut-wrenching stories of life in bondage told by elderly people who’d seen and experienced the worst of humanity. Rena is desperate for a job, especially a writing job, when she signs up to record the narratives of former slaves, but she doesn’t count on how Frankie’s story will challenge and ultimately change her.

Because the narratives are written in first person, I felt that was the only way Frankie could tell us her story. Writing from the perspective of a slave was daunting, to say the least. I knew I had to get her story right, and I relied heavily on the narratives themselves. They not only helped me navigate Frankie’s story, they also allowed me to see history through the eyes of the former slave. Many of the narratives recount historic events that took place in Tennessee, including the Battle of Nashville and the Confederate massacre of black Union soldiers at Fort Pillow. Some recalled the days after freedom came, of attending classes at Fisk University, of segregation. History told by people who experienced it.

It’s been nearly eight years since I first read the narratives, yet they continue to have an impact on me. Our world today is as divided as it was in Frankie and Rena’s day. As it was in the days when people were enslaved simply because of the color of their skin. Laws may have been amended and slavery abolished back in the 1860s, and the civil rights movement of the 1960s brought much-needed changes too, but the hearts of many are sadly still bent on division.

One of the greatest lessons I’ve learned through reading and studying the Federal Writers’ Project slave narratives is the importance of listening to one another. We all have a story to tell. A unique story, full of lessons we’ve learned and life we’ve lived. And more often than not, our experiences—good and bad alike—can be useful in the lives of others.

I’m certain the more than 2,000 former slaves who shared their stories with strangers in the 1930s never dreamed their lives would matter to a woman in 2020 or that she’d write a novel about their experiences. Those brave men and women should not be forgotten or have their stories buried in the tombs of history. They lived the only life they were given, just as you and I are doing today. My hope is that through Under the Tulip Tree and the telling of Frankie’s story, I’ve honored their memories in some small way.

If you’d like to learn more about the slave narratives, visit my website at MichelleShocklee.com. I’ve listed links to the Library of Congress pages as well as some of the books I used in my research. 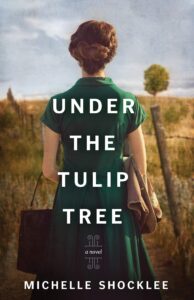 Under the Tulip Tree
Michelle Shocklee
Tyndale House
Buy the book from our store!

Sixteen-year-old Lorena Leland’s dreams of a rich and fulfilling life as a writer are dashed when the stock market crashes in 1929. Seven years into the Great Depression, Rena’s banker father has retreated into the bottle, her sister is married to a lazy charlatan and gambler, and Rena is an unemployed newspaper reporter. Eager for any writing job, Rena accepts a position interviewing former slaves for the Federal Writers’ Project. There, she meets Frankie Washington, a 101-year-old woman whose honest yet tragic past captivates Rena.

As Frankie recounts her life as a slave, Rena is horrified to learn of all the older woman has endured―especially because Rena’s ancestors owned slaves. While Frankie’s story challenges Rena’s preconceptions about slavery, it also connects the two women whose lives are otherwise separated by age, race, and circumstances. But will this bond of respect, admiration, and friendship be broken by a revelation neither woman sees coming?