The bestselling author of more than thirty books, Lisa Harris sees her writing as an extension of her ministry—which includes running a non-profit organization, and serving as a church-planting missionary with her husband in Mozambique. Her latest novel is A Secret to Die For (Revell): Psychologist Grace Callahan has no idea that she has a secret–and a target on her back. In this interview, she shares about the book’s characters, explains how she balances her faith with writing suspense fiction, and reveals the themes in the book… 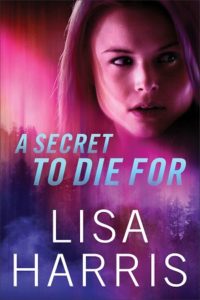 Lisa, what can you tell us about A Secret to Die For?

Psychologist Grace Callahan has no idea that she has a secret—one worth killing for. When one of her clients is murdered, she realizes that the computer security specialist wasn’t simply suffering from paranoia.

Detective Nate Quinn has just been cleared for active duty after a bombing killed 18 people, including his partner, and left him dealing with PTSD. His first case back on the job involves the murder of Stephen Shaw, and his only lead turns out to be an old friend, Grace Callahan—and her life is in grave danger.

Someone believes Shaw gave his psychologist information before he died. Information they are willing to kill for.

What made you want to tell us the story of Grace and Nate?

I love these characters because they are searching and broken in the beginning of the book. And while everything doesn’t wrap up in a perfect bow at the end—there will still be challenges ahead—they’ve grown both toward each other and toward God, and in the process helped each other in their journey.

What themes or ideas do you deal with in A Secret to Die For? 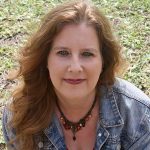 Both Grace and Nate are dealing with loss and working through grief. Nate is also dealing with PTSD from his job.

Through the story we see them grapple with these issues, which is especially difficult for Nate who feels guilty for keeping God in a box and calling out to Him only when he’s in trouble. I think these are definitely themes we can all relate to.

Are your characters based on real people or do you make them up?

I’ve never purposely based characters on people I know. That being said, I’m know I take in a lot of what I see around me and draw from that to create the people in my stories.