Five authors talk about sharing the story of one family tree from the landing of the Mayflower through Word War II.

Several Christian authors have joined together for The Daughters of the Mayflower, a series of linked novels from Barbour Books that follow one family tree across American history. The 18-book series, set to roll out over three years, blends history, adventure, romance, and family legacy. We reached out to the five authors writing the first six books in the series: Kimberley Woodhouse, Kathleen Y’Barbo, Michelle Griep, Shannon McNear, and MaryLu Tyndall. Here’s what they had to share…

This is such an ambitious series! How did you all become involved in it? 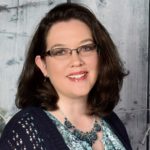 Kimberley Woodhouse: It started with a conversation with publishing friends over dinner while I was on a book tour. When I was asked if I would be interested in writing the first book, I was thrilled. History is such a passion of mine that the idea of following a family line through significant events in our country’s history was right up my alley!

Kathleen Y’Barbo: I had to chase down emails all the way back to 2016 to answer this question! The senior editor at Barbour Publishing sent a request for a story proposal for this series through my agent. I’ve been doing freelance writing for Barbour  for almost twenty years, so I was thrilled to be asked and even more thrilled to say yes to writing this book and several more for The Daughters of the Mayflower series. It is a very ambitious series, but all of the books I have read thus far are amazing. I believe readers are going to love them.

Michelle Griep: Since I’ve written other historical titles for Barbour, they contacted me and asked if I had an interest in writing a story set during the French and Indian War that involved intrigue. Who could resist that?

Shannon McNear: I got involved quite by accident! My co-author Michelle Griep and I have been close friends for years, and when asked if she had any other story ideas to propose for the series, she recommended me—so I was invited by the editor to send a proposal. One of her suggested ideas, The Cumberland Bride, sparked my interest. I guess the rest is history. Ha-ha—no pun intended!

MaryLu Tyndall: I was contacted by Barbour publishing, through whom I’ve published several books over the years.  They were very excited about the series and asked if I’d like to be involved. And of course, after I heard the specifics, I had to say yes!

Ladies, what can you tell us about how your books fit into the series?

Kimberley Woodhouse: The Mayflower Bride is the first book in the Daughters of the Mayflower series. The hero and heroine from this book are the beginning of the lineage for the whole series, so that was a lot of fun for me. 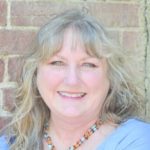 Kathleen Y’Barbo: Pirate Bride is the second in the series. Set in 1725, the story features both the daughter and the granddaughter of the original Mayflower settlers, the Lyttons. As the story opens, Mary Lytton—to her parents’ horror—has fled the colonies to elope with a handsome Spanish nobleman. Maribel Cordoba is the daughter of that marriage and thus the great-granddaughter to the Lyttons who arrived on the Mayflower and took center stage in Mayflower Bride.

Adventurous Maribel has inherited some of her mother’s fiery spirit, along with her love of the Lord. She spends much of the story, which spans the globe from Spain to the Caribbean to the early days of New Orleans, walking a tight line between the things she wants to do and those things she ought to do. Then along comes a pirate captain—with his own noble but secret heritage—and a chance for adventure.

Michelle Griep: My story is set after The Pirate Bride, which is mostly located in New Orleans, and the book following mine, The Patriot Bride, takes place in Philadelphia. Sandwiched between these two tales, my adventure takes the reader away from civilized cities and into the wilds of upstate New York on an overland adventure. The settings are a great variety in this series.

Shannon McNear: My girl [Kate Gruener in The Cumberland Bride, coming in October] is the grand-niece of Michelle’s character. Overall, the story explores a bit of the next phase of our country’s history after the Revolution—that is, Westward Expansion.

MaryLu Tyndall: My book, The Liberty Bride [coming in December], is set during the War of 1812.  My heroine, Emeline Baratt, is the fourth great granddaughter from the original couple in The Mayflower Bride. She is the granddaughter of the couple in The Captured Bride.