As the daughter of missionaries, Kara Swanson spent her childhood running barefoot through the lush jungles of Papua New Guinea. Able to relate with characters dropped into a unique new world, she quickly fell in love with the fantasy genre.

Her fantasy novel Dust (Enclave Escape) is the first book in her Heirs of Neverland series. In the book, a girl who fears her own destiny is on a collision course with the boy who never wanted to grow up. The truth behind this fairy tale is about to unravel everything Claire thought she knew about Peter Pan—and herself.

In this interview, Kara reveals what led her to reshape the Peter Pan story, her biggest challenge writing the novel, and which part of the process surprised her the most.

What inspired your exploration into the Peter Pan mythos? 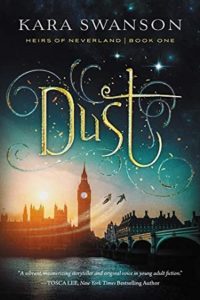 I’ve always loved the Peter Pan story, and several years ago a friend and I were discussing fairytale retellings and the lack of Peter Pan-centric ones. I remember telling her that from my perspective, I missed seeing a Peter Pan retelling that really focused in on Peter himself. That without that classic Peter, the story just didn’t feel like a Pan story any longer.

Without Peter and his mischief and optimism, it was a story about a magical world and pirates…but lost some of the adventurous nostalgia. I also went on to tell my friend that if I wrote a Peter Pan retelling, I’d center it around a character of my own creation, someone who would play off of Peter, a girl who was forced to grow up too fast and would collide with the boy who never did.

The more I tossed around ideas for this story, the more I realized I just had to try my hand at writing it, although even attempting that felt like a leap of faith.

What were your goals in writing Dust?

To capture Peter in all his wild, boyish glory—while also crafting a slightly older version of the character, and to push him to grow. I wanted to weave a whimsical story that was filled with adventure and whimsy, but also lots of raw heart. A reminder that even when there are shadows weighing us down, all it takes is a spark of light to lift your soul.

What was your biggest challenge in writing this story? 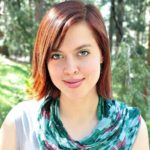 Capturing Peter well! Trying to give him a vibrant voice and do the original Barrie story justice as a foundation for my novel.

Tell us about your protagonist, Claire Kenton?

What part of the process of developing the Heirs of Neverland series has surprised you the most?

Discovering just how much depth I was able to find as I got to know Peter as a character and dig deeper into him. And as some of my own heart was woven through this story, exploring themes of growth and loss, to discover that this little novel of mine resonated with readers in a way I could have only dreamed of.