Due to Covid-19 restrictions, the annual Gala was cancelled, so the 2020 Celebration was a pre-recorded video. However, what some feared to be a negative, proved to be a huge success—the online presentation meant that people could watch from around the globe, providing greater promotion for Canadian Christian writers on the list.

“This year’s awards celebration was an amazing event,” noted Stahl. “Canadians globally cheered on their favorite authors from the comfort of their own home.”

Awards were given out in 56 categories from the short list of novelists, bloggers, columnists, apologists, theologians, and songwriters reaching both Christian and mainstream audiences.

Below are the winners in the Christian fiction categories. 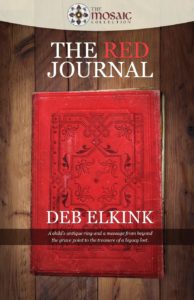 Exotic destinations—or a home of her own?

Flirty globetrotter Sybil badgers her friend Libby to travel along in seeking out the world’s “sacred places”—a monastery in Japan, a mountaintop in Africa, a mosque in Istanbul. Her footloose wandering far from family values costs her more than money. But Libby can’t afford to travel, and she’s plagued by a different kind of restlessness.

Grieving the recent death of the grandmother who raised her in their inner-city Minneapolis tenement now slated for demolition, Libby faces homelessness in both heart and habitation. When Libby discovers a cryptic message from beyond the grave and an antique ring pointing to a mystery in an inner room of a mansion museum in North Dakota, she sets out on a quest of her own for the meaning of heritage and home. 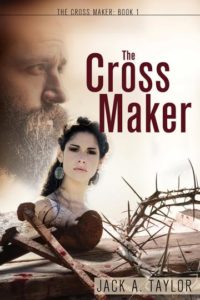 First-century Palestine is a hotbed of political, cultural, and religious intrigue. Caleb ben Samson, a carpenter from Nazarath, and Sestus Aurelius, a Roman centurion, both want peace. Can this unlikely partnership accomplish what nothing else has accomplished before? Can they bring about peace through the power of the cross? And what role will Caleb’s childhood friend Yeshi play in a land that longs for hope?

In The Cross Maker, Jack Taylor weaves a tapestry of creative history, powerful characters, and dynamic dialogue to bring to life a shadowy world. In a land where tragedy is as common as dust, triumph is about to make itself known. 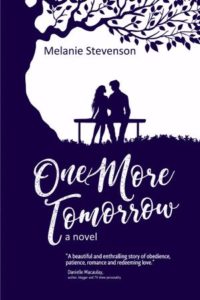 One woman finds herself bound to a past she cannot forget. Another, driven by past choices she can neither change nor accept.

It’s been over a year. That should be enough time to forget a first love. But aspiring artist Katie Banks is still waiting. Not even Justin Burke, her university classmate, has been able to erase the hurt Aiden Ford inflicted, or weaken Katie’s resolve to never date a man who doesn’t share her faith. When Katie accepts a scholarship to study in Paris, it places much-needed distance between her and Justin. But love still eludes her, until a stormy night and a tragic accident change everything. The possibility that she and Aiden might be able to find their forever love this time both excites and terrifies Katie. Can she forgive past hurts, or will the walls she’s built to protect herself keep love a distant dream? 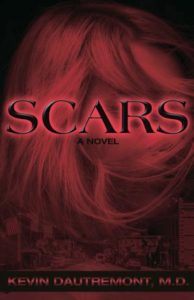 Dr. Derek Kessler moved to Stockton, Montana to rebuild his life after the tragic deaths of his wife and child. When a young woman under his care dies, her husband is accused of her murder. Believing his friend to be innocent, Derek seeks the assistance of a lawyer, Rebecca Andrychuk, throwing their lives into turmoil.

As the mystery deepens around them, dark secrets are revealed, and Derek and Rebecca find themselves under increasing scrutiny and attack. Derek’s faith is shaken as he struggles to let go of the past and deal with the guilt over his growing relationship with Rebecca.

And now the murderer may be targeting the two of them. Can they discover the truth in time, or will the scars of the past end up destroying them both? 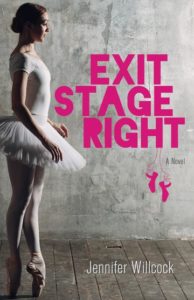 A tale of the prodigal daughter set in the competitive world of ballet.

She wants to dance, and she’s willing to sacrifice everything, everyone, to get it.

Coco Bradley is a talented ballet dancer, and when an opportunity arises for her to audition for the prestigious Spencer School of the Performing Arts, she’s not about to let anyone stop her— including her parents, her friends, and any of the prima donnas of the art school. A pastor’s kid, Coco has grown up serving God and people, but gaining entry to Spencer means leaving behind all the expectations that come with growing up in the pastorate, as well as the dead-end town of Wyattsville.

Coco lives by the creed “Ballet First,” but she’s about to find out in a painful way that there’s more to life than dancing.

Opportunities, fame, and love all come calling as Coco chases her dream. But in going after what she wants, will she lose the things that matter most? 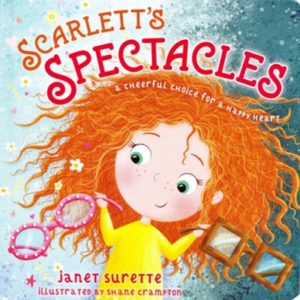 Scarlett’s Spectacles: A Cheerful Choice for a Happy Heart
Janet Surette
B&H Kids
Buy the book from our store!

In Scarlett’s Spectacles by Janet Surette and illustrated by Shane Crampton, Scarlett has a hard time being cheerful, and is constantly complaining and whining all day long. Her mom explains to her that everyone has two pairs of glasses- the grumbly pair that make for a gloomy day and a grouchy girl and glad glasses, that make each day brighter. But everyone must choose what glasses they are going to where. This story encourages young readers to learn an important lesson alongside Scarlett as she chooses to see all of God’s good gifts to us through her glad glasses!

ABOUT THE WORD GUILD
The Word Guild is a growing community of Canadian writers, editors, speakers, publishers, booksellers, librarians and other interested individuals who are Christian. From all parts of Canada and many denominational and cultural backgrounds, we affirm a common statement of faith and are united in our passion for the written word.

THEIR VISION
The Word Guild has a vision to bring God’s hope, grace, and reconciliation in Christ through the written words of its members.

THEIR MISSION
The Word Guild has a mission to organize and serve Canadians who communicate through the written word from a Judeo-Christian worldview, so that they can increase in faith and excellence and inspire all readers.

HISTORY OF THE WORD GUILD
For many years the Evangelical Fellowship of Canada organized a Christian writer’s conference called God Uses Ink (GUI). In 2001, it was announced that the conference would be discontinued. Long-time conference attendees and faculty members, N.J. Lindquist and Wendy Elaine Nelles believed that it was critical for Canadian writers and editors who are Christian to receive training and support in order to become more professional. To fill the void, in 2002 Lindquist and Nelles founded The Word Guild and launched the Write!Canada conference.

Lindquist, who is an award-winning author, an inspiring speaker, and a popular writing teacher and mentor, became the organization’s first Executive Director. An Award-winning journalist, writer, editor, and speaker, Nelles served as Associate Director. The two were recognized with the Leading Women Award for Excellence in Communications and Media in 2006 for starting The Word Guild

In 2008, Lindquist and Nelles co-edited Hot Apple Cider: Words to Stir the Heart and Warm the Soul, an anthology that showcases the work of 30 Canadian authors who are Christian. Hot Apple Cider achieved Canadian best-seller status and A Second Cup of Hot Apple Cider was released in 2011.

Honouring the Best of Canadian Christian Writing from 2019

Sponsors graciously helped broadcast the news and announced winners in their respective awards classes. Due to Covid-19 restrictions, the annual Gala was cancelled, so the 2020 Celebration was a pre-recorded video, streaming through Facebook and YouTube. This was the first time in 32 years that winners could hear their names called as winners from sea to shining sea! What some feared to be a negative, proved to be a huge success! The online platform provided greater promotion for Canadian Christian writers featured on the list.

People watched across our great nation around the globe. Many continue to view and share the recording through the two social media platforms and a link on The Word Guild website finalist page.

“This year’s awards celebration was an amazing event. Canadians globally cheered on their favourite authors from the comfort of their own home,” said Stahl.

This year’s celebration was a great time to reflect on the accomplishments of many writers in the past year. Parties were held around the globe as one scholarship and 58 awards were given out in 56 categories from the short list of novelists, bloggers, columnists, apologists, theologians, and songwriters reaching both Christian and mainstream audiences.

Janet Surette was this year’s big winner! She impressively took home three wins in The 2020 Word Awards Celebration! Janet graciously received the largest literary prize in Canada for Christians with the Best Canadian Book Award… along with a win for her book’s category and the Best Canadian Book Cover Award. Newcomer Melanie Stevenson of Cambridge, ON took home the Best Canadian New Author Award. Melanie published two books in her debut year to the publishing world. Two books, three nominations on the shortlist and two award wins. What an entry into the literary world!

A heartfelt tribute was given in honour of Michael D. O’Brien as the recipient of the Castle Quay Books sponsored, Leslie K. Tarr Lifetime Achievement Award. As a survivor of Residential School living, O’Brien overcame to become an author, magazine editor, essayist, artist, and a well-known lecturer on faith and culture.

CONGRATULATIONS TO THE FOLLOWING WINNERS…

SHORT STORY
● Sarah VanZandbeek: Edmonton, AB “The Messiah Beside Me – The Criminal on the Cross” (Homeschooled)

SHORT STORY
● Evelyn Pedersen: Mississauga, ON “Through Her Lens”

FIRST 3 CHAPTERS – FICTION OR NON-FICTION
● Kelly L Ditmars: Victoria, BC “All That It Takes”

NEWS ~ Sponsored by HH Communication Services
● Craig Macartney: Ottawa, ON “How hope rose from the ashes of the Rwandan genocide” (Faith Today)

POETRY ~ Sponsored by testimony/Enrich Magazines
● Dagmar Morgan: Mississauga, ON “There is no Free Meal” (Love is Moving Movement)

PROFILE/HUMAN INTEREST ~ Sponsored by Belinda’s Burst’n with Flavour Pies
● Craig Macartney: Ottawa, ON “Persecuted, But Not Struck Down: How three persecuted Christians – from Iraq, Egypt, and Myanmar – are making Canada home” (Faith Today)

INSPIRATIONAL ~ Sponsored by Tyndale University
● Todd Soltysiak: Caledon, ON “I Learned it Through the Grapevine: Wisdom Comes in Bunches” (Self)