The author of The Christmas Prayer on her recent novels, and seeing her work come to life on the stage.

One of the founders of the Amish fiction genre, Wanda E. Brunstetter’s books have sold more than 10 million copies. Her recent books include The Christmas Prayer (Shiloh Run Press), a historical romance; The Hope Jar (Shiloh Run Press), the first book in the Prayer Jars series; and the 3-in-1 collection The Daughters of Lancaster County (Barbour Books), which celebrates the recent stage adaptation of that series. In this interview, Wanda explains why she enjoys writing Christmas stories, what readers can expect from the Prayer Jars series, and what it was like seeing her words up onstage… 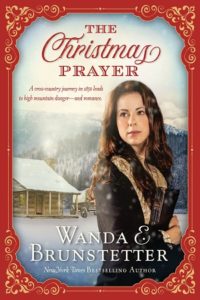 The Christmas Prayer is a historical romance involving a cross-country journey in 1850. What inspired you to set the novel in this time and place?

I enjoy history, especially around the time of the 1800s. Having driven over part of the Oregon Trail numerous times, I’ve done a good amount of research about the adventures and trials the pioneers heading west were faced with. I have asked myself many times what it must have been like for these brave people who gave up so much to begin a new life out west.

Cynthia Cooper is traveling with the man she has promised to marry. But during the hard journey, she’s having second thoughts—and two other fellow travelers have shown interest in her as well. What inspired this setup?

I’ve had a creative imagination since childhood. Ideas for storylines and scenes often pop into my head. This was one instance of that.

What about Cynthia made you want to tell her story? 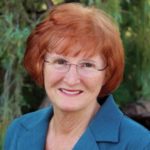 A young woman, who had recently lost her father, and is now engaged to a man almost twice her age, would no doubt experience a lot of confusion and inner conflict. Cynthia felt obligated to take care of her mother and thought the best way to do that was to marry a man who could provide well for both her and her mother. Although she did not love this older man, she was willing to sacrifice her own desires for the sake of her mother.

You’ve written a few Christmas novels now. What appeals to you most about writing a story set at Christmastime?

Christmas is a special time for my family, as well as many other people, I’m sure. I enjoy reading stories set around the holidays, and I hope my readers will enjoy this historical Christmas story too.