With her fugitive series If I Run racing toward its finale, the author talks about why her thrillers are infused with romance—and faith.

Bestselling author Terri Blackstock wraps up her latest series with the thriller If I Live (Zondervan). Casey Cox is on the run after being indicted for murder, and investigator Dylan Roberts is now her only hope. But with the clock ticking, exposing the real killers is more complicated than they knew. Will one life have to be sacrificed to protect the other? In this interview, Terri shares the childhood memories that sparked the series, why she chose to end the series now, and why the faith in her novels is always woven into the story…

Terri, in your “If I Run” thrillers, Casey Cox is on the run because she’s wanted for a murder she didn’t commit. Dylan Roberts was sent to bring her to justice. What inspired you to create characters with this kind of complex relationship? 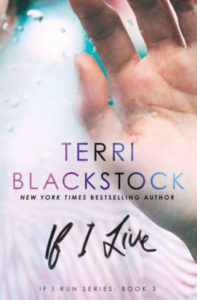 When I was young, I used to watch The Fugitive TV series starring David Jansen, in which the hero has to run from the law while he tries to find his wife’s real killer. In each episode, he’d be found out, and he’d leave town and start over again in a new place.

I wanted to explore a female fugitive who has to keep running and start over in new places, and try to forge a life when she knows that everywhere she lands will just be temporary. It gave me a lot of great opportunities for her to get into situations that were fun to write about, and I hope were compelling for the reader.

Casey Cox is one of my favorite characters in any of the books I’ve written. She’s complex and simple at the same time. She loves people and gravitates to them wherever she goes, but she’s also pretty adept at staying off the grid.

She’s been accused of committing a heinous murder and knows that her DNA is all over the crime scene, because she found the body. Instead of calling police, she decides to run. She knows who really did it, but she can’t go to the police because they’ve failed her abysmally before. She knows that if she’s caught, she won’t just go to prison, she’ll be murdered.

Dylan Roberts is hired by the victim’s family to work in conjunction with the police department to go across the country looking for Casey. He’s struggling with Post-traumatic Stress Disorder (PTSD) after surviving improvised explosive device (IED) explosions in the war, and when he begins to research Casey Cox, he realizes the two of them have more in common than he thought. He’s pretty sure she has PTSD, too, but he doesn’t know if it caused her to snap and kill her friend, or if she just did the wrong thing because of it.

In If I Run, he’s chasing her to bring her back for prosecution, but by the time we get to If I’m Found, he realizes Casey is innocent. In If I Live, time is running out for both of them, so—well, you have to read to find out!

There are lots of TV series that have borrowed that model and they go on for years. How long were you planning to wait to let this play out?

I decided to make it three books. I’ve gotten to the place where I kind of get bored when I get to, like, the fourth and fifth book of a series. I knew myself well enough to know that I didn’t want to just drag it out.

I like to do series because my readers like it so much. But it’s tough doing a series because there are so many things you have to remember that you’ve written in the previous books.

Another thing is, I just didn’t want to leave my readers hanging forever. They really want an end to the story. I didn’t want to just drag them on for years. 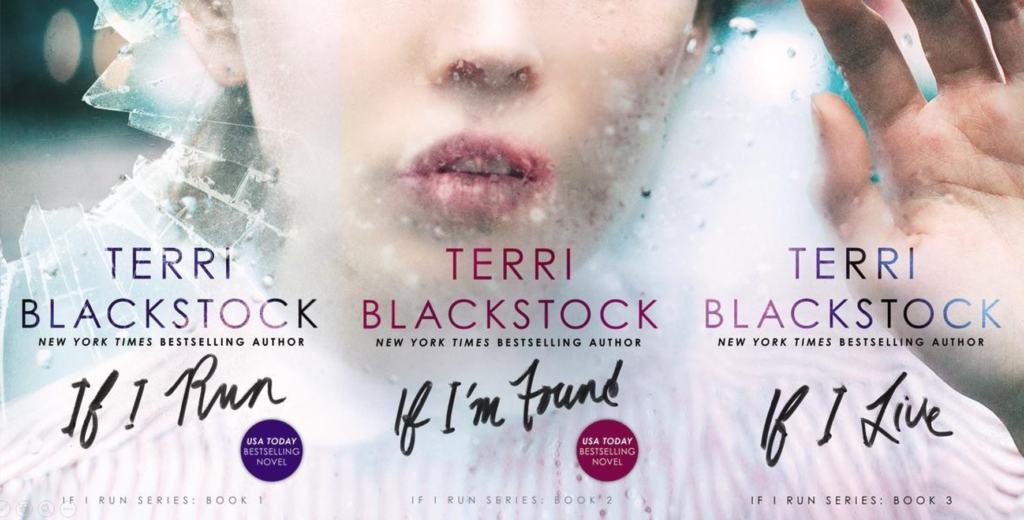 You bring up an interesting point. I’ve noticed that for a lot of suspense writers in the general market, it’s either a lot of stand-alones or series that go on for years. In the Christian market, it does seem to be more normal for suspense series to be shorter. Why do you think that is?

I think it has more to do with the author and what they want. Gilbert Morris and others like him have done series that go on for dozens and dozens of books, because their readers love that. Karen Kingsbury, for example, has her Baxter Family series. I don’t know what book she’s on, but her readers love that, and they come back for each new book.

In my case, it’s about my attention span. It takes me a year to write a book—so, if I do three books, that’s three years. Am I still passionate about something four years after I started? I have to consider all that.

Exactly! I don’t want to get to the point where I’m sick of my characters. I try to plan the series in such a way that I’m still excited about writing it when I get to that last book.