When the body of a wealthy businessman is discovered in Lake Porter, the investigation uncovers a possible serial killer—one with a terrifying connection to a nurse trying to leave her past behind. Beneath the Surface (Revell), the first volume in the Dive Team Investigations series, is the new romantic suspense novel from Lynn H. Blackburn. In this interview, Lynn shares how she became interested in underwater investigations, the research to get it right, and when readers can expect to see these characters again…

Can you please tell us about your newest book, Beneath the Surface? 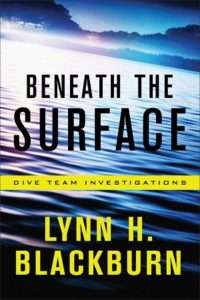 Beneath the Surface introduces us to the Carrington County Sheriff’s Office dive team—a team made up of volunteers from all areas of the sheriff’s office who are trained to perform underwater investigations. Ryan Parker is a homicide investigator who is second-in-command on the dive team.

While on a training exercise, he discovers the body of a businessman at the bottom of the lake. He has no way to know that when he asks to borrow the dock of Leigh Weston—a girl he’s known forever who recently returned to the area—that he’s dragging her straight into the crosshairs of a killer.

Leigh returned to Carrington to start over after being stalked by a patient. She’s been struggling to understand how God could have allowed all the horrible things she’s endured in the past few years, but she never imagined that the worst was yet to come.

The investigations into the murder of the businessman and the threats against Leigh draw in multiple members of the dive team, and they work together to uncover the truth—and stop a killer—before it’s too late.

I attended the Writers Police Academy (WPA) in 2014, and went to a class taught by a local law enforcement dive team in Guilford County, North Carolina. I was sitting beside a YMCA pool watching them demonstrate evidence recovery techniques, and a few hours later I was telling my mentor about this idea I had for a series.

What type of research was required to accurately write about a dive team? 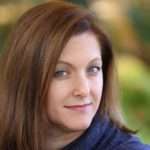 It started with that class at WPA, then moved to the Internet. Then I got in touch with Mike Berry—a Master Underwater Criminal Investigator. His website and book were invaluable. He also answered specific questions about the scenarios I had created for this story.

I also talked to Sergeant Chris Hammett, a former homicide investigator and member of the law enforcement dive team in my community. Their input was critical to making the story as accurate as possible.

What do you hope readers can learn from Beneath the Surface?

I hope readers come away with renewed confidence that God is here for them and that he really is working things for their good and his glory, even when it doesn’t feel that way.

Beneath the Surface is the first book in the new Dive Team Investigations series. When can readers expect to see the next books in the series?