Davis Bunn is the award-winning author of numerous national bestsellers, with sales totaling more than 8 million copies. His work has been published in 20 languages, and his critical acclaim includes four Christy Awards for excellence in fiction.

His latest book is the surprising suspense novel Burden of Proof (Revell). The one thing Ethan needs is a second chance. As he enters into his own past, will he discover a means to redeem the future?

In this interview, Davis shares some behind-the-scenes details, the F. Scott Fitzgerald story that inspired him, and the importance of letting go of the past and moving on.

Can you briefly describe Burden of Proof? 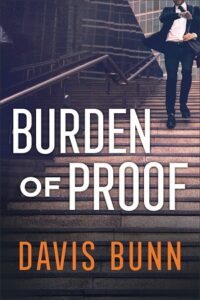 Ethan Barrett mysteriously enters his own past and discovers a means of redeeming his future. His unexpected journey toward closure becomes one toward openness—but at an unfathomable cost.

Ethan has replayed the scenes in his mind a thousand times. He has long sensed a disconnect between the man he should have been and the one he had become.

The heartrending shift started one summer morning, in a surfing contest he should have won—along with the prize money, the accolades, and the girl. But losing the competition was nothing compared to the coming tragedy. Three weeks later Ethan missed the chance to save his brother’s life.

The lost opportunity still frames his life, even after thirty-five years. It seems to Ethan that his existence plays out a beat too slow. Until he is granted the impossible and has a chance to relive that dreadful day.

The further he becomes involved in this new life, the clearer one truth becomes above all else: no matter how many times he is given to live anew, he risks becoming trapped by the same errors and failings that marred his previous life.

The more intensely he struggles, the more vividly he realizes that he cannot find his own way through and be the man he wants to be. A good husband. An honest and caring individual. Someone who is worthy of the trust and love of others.

Can Ethan escape this double-edged existence and become the hero, just for this one day?

What was the inspiration behind Burden of Proof?

When I first started writing, I found myself both challenged and disappointed by the works of F. Scott Fitzgerald. My favorite of his was The Curious Case of Benjamin Button. Over the years I found myself rewriting the story’s ending and inserting a theme of hope and reconciliation, a higher purpose to Benjamin’s strange existence. That is what I sought to do here.

Your two main characters, Ethan Barrett and Sonya Barrett, Ethan’s sister-in-law, have a strained relationship. What events help mend their feelings for each other?

Ethan comes face-to-face with how his own life choices have strained relationships with those closest to him. Until he was able to step back from everything that had come before, he could not see his brother’s wife for who she truly was. The freedom coming from this act, this difficult and threatening act, was exquisite.

Your novel is set in several cities within Florida. Why did you choose these locations? 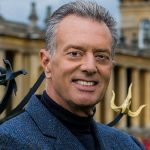 From the first sketches I made for this book, Cocoa Beach and Jacksonville played a pivotal role. Burden of Proof takes place in the mid-eighties, when these two cities underwent drastic transformations. Cocoa Beach played a pivotal role in NASA’s development. And Jacksonville basically reinvented itself, going from a sleepy southern backwater to a vibrant industrial and technology hub, with one of the nation’s youngest median ages.

Burden of Proof has the underlying themes of forgiveness and letting go of the past. What do you hope readers can learn from those themes?

So much of life is shaped not by past events but rather by the way we perceive them and what emotional baggage we carry. These burdens become forces that can shape our futures if we let them.

It is possible to let go and move on, but only if we recognize our need to ask for divine help. Only then can we unclench our fists and release the chains that bind us to our own past.

You’ve stated that your book delivers “a challenge to perspectives regarding life choices.” What do you mean by this statement?

Do we focus too much on the wrongs, the hurts, the missed opportunities? Are we able to learn, forgive, and move on? Will we allow God to heal? These are the questions Burden of Proof seeks to ask and then answer.

Burden of Proof
Davis Bunn
Revell
Buy the book from our store!