The author shares the heart of her suspense novels—that God is ultimately in charge, no matter the circumstances.

With more than seven million books sold, Terri Blackstock is the award-winning author of such series as If I Run, Cape Refuge, Newpointe 911, the SunCoast Chronicles, and the Restoration Series. She’s the winner of two Carol Awards, a Christian Retailers Choice Award, and a Romantic Times Book Reviews Career Achievement Award, among others. Her latest page-turned is Smoke Screen (Thomas Nelson): When smoke jumper Nate Beckett is injured during a wildfire, it sets events into motion that could redeem a painful past—or destroy his future. In this exclusive interview, Terri shares some background details, reveals the novel’s driving themes, and explains how her faith impacts her as a storyteller…

Terri, what can you tell us about Smoke Screen? 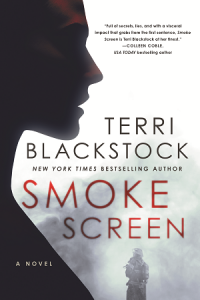 Nate Beckett has spent his life fighting wildfires instead of the lies and rumors that drove him from his Colorado hometown. Years ago, when he was in his teens, he fell in love with the preacher’s daughter, Brenna.

Nate was the son of the town drunk, and the preacher didn’t like his involvement with his daughter, however innocent. When the preacher confronted Nate’s inebriated father, a fight ensued.

Later that night, the preacher was murdered, and everyone in town assumed Nate’s dad was the killer. He’s been in prison ever since his conviction, despite his insistence that he’s innocent. Even Nate believes he’s guilty.

But now, Roy Becket has been pardoned by the governor, and has returned home. When Nate is injured in a fire, he’s sidelined and returns home, too.

But despite his accomplishments with his smoke jumping team and the heroism that caused his injuries, the townspeople still think of him as the son of the town drunk.

Only Brenna sees him as he really is. But she has problems of her own. A crushing divorce because of her husband’s infidelity and an ongoing custody battle have taken her over the brink into alcohol abuse. Nate may be the only one who can help her, but his very presence in her life could cost her custody of her children.

What was the inspiration for this story? 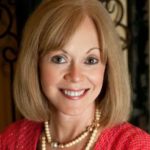 I love writing about unsung heroes who run toward danger, rather than away from it. I’ve always been fascinated by smoke jumpers, because they literally save entire towns. The work they do is brutal and grueling. Yet there are brave men and women who sign up to do this.

We’ve had a lot of wildfires in the U.S. in the last few years, and I always wonder what it’s like being in the middle of those fires. So I decided to feature a smoke jumper in this story.

And when he gets injured and taken off the field, and returns to his hometown, he has to face some problems that are more destructive than a fire, at least in his own mind. He’s a hero on his team, but in his hometown, he’s considered a troublemaker and the son of a killer.

What themes or ideas do you deal with in Smoke Screen?

I wanted to show that even Christians can fall into addictive patterns, as I have Brenna dealing with alcohol abuse. Even Christians want to medicate their pain. Brenna struggles with the consequences of her drinking, and when Nate, her old flame, comes back into her life, things get even more stressful.

I also deal with the element of forgiveness. How do you push through when everyone has the wrong ideas about you? Being misjudged can be an awful thing, and I think Christians need to be challenged on this, because we are some of the most judgmental people in the world.

It takes an uncommon strength for Nate to save his town from a wildfire threatening them, when so many of them have such a misguided view of him.

What can you tell us about the main characters?

Nate and Brenna were each other’s first love, but it was an innocent, pure love. They were both in high school. Brenna was the preacher’s kid, and Nate was the son of the town drunk.

Brenna’s father didn’t like their relationship, and he forbade her from seeing him. In a moment of rebellion, she sneaked away to see him and got caught. That was the night that the preacher stormed into the bar to confront Nate’s dad, and warn him to keep his son away from Brenna. And that was the night he was killed.

When someone later burned the church down, townspeople claimed Nate was the arsonist, trying to get revenge for his dad’s conviction. Nate left town because he knew he could never convince them otherwise.

In his heart, he believed in his father’s guilt like everyone else. When he’s injured in a fire around the time that his father is pardoned from prison, he returns home. But the lies and rumors about his family seem more dangerous to him than the wildfires he jumps into.

As Brenna’s custody battle looms and her alcohol abuse ramps up, Nate spots a wildfire that has ignited to threaten their town. Despite his injuries, he has to spring into action to save the town that has caused him so much pain. But this is not an ordinary fire. Something isn’t right about the way it ignited. Nate must figure out who started it and what their motive was, before he’s accused.

How does Terri’s Christian faith impact her storytelling? Click thru to find out…