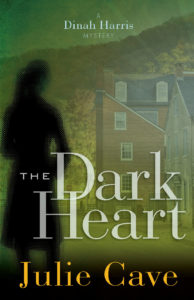 With the release of The Dark Heart, Suspense author Julie Cave continues the Dinah Harris mystery series. In this Christian fiction thriller series, Cave tackles the uncomfortable issues of creation versus evolution debate, eugenics, domestic violence, and hypocrisy in the church with unflinching honesty. Central character, Dinah Harris, is an ex FBI agents who deals with some real-world problems like alcoholism, depression and grief. Cave masterfully leads the reader on a journey that reveals the authority of Scripture and the redemptive heart of God.

Angus Whitehall’s past never really died….it just stubbornly waited for vengeance. A killer has settled into his small rural community, and no one suspects that the local pastor knows much more than he can say. Crippled by the devastating choices of his youth, Angus watches as those he led astray are methodically punished by someone from their violent, racist past. Unable to forgive himself, now the secrets he has kept are slowly poisoning the family whom he dearly loves. As the devastating consequences of his silence are revealed, former FBI agent Dinah Harris must step outside of the lonely isolation that cocoons her, before she can trap a killer and find peace with herself in the depths of God’s mercy.

Deadly Disclosures — Book 1
FBI agent Dinah Harris now has a missing person’s file to go along with a bad case of alcohol abuse and the depression she cannot seem to shake. Fighting to keep her focus, she struggles to find answers for why Thomas Whitfield, the prominent Secretary of the Smithsonian has vanished from his office with foul play almost guaranteed. Whitfield’s body is eventually found, and Dinah is drawn into a frightening conspiracy, as more people begin to die, and Whitfield’s faith is revealed as part of the motive behind his murder. Dinah finds troubling answers in an academic world filled with powerful financial endowments and a virulent opposition to the faith Whitfield only recently found. Can she reveal the truth before she finds herself the next silenced victim of a ruthless, unseen enemy?

The Shadowed Mind — Book 2
A suspense-filled mystery which answers an ominous question:

Who will be found worthy to live; who is the next victim?

After the deadly investigation into the Smithsonian murders, Dinah Harris is now facing a daily battle to keep her sobriety while struggling to form a new career from the ashes of her former job as an FBI agent. From the shadows will emerge a cunning and terrifying killer, who carefully and methodically will decide whose life has value to society and whose does not.

Using her profiling and security skills as a private consultant based in Washington, DC, Dinah uncovers a connection to the shadowy world of neo-eugenics, and those who publicly denounce the killings but privately support a much different view.

Against this backdrop, Dinah must come to terms with her own past, as those associated with the deepening mystery face their own personal demons, and struggle with the concept of God’s inexhaustible grace and forgiveness. Old secrets are revealed, tragedies unearthed, and the devastating legacy of science without compassion is finally brought to light.

Pieces of Light — Book 3
Detective Dinah Harris hunts down a serial bomber targeting religious icons and buildings. The bomber is on a mission to rid the city of religion and establish a ‘new world order’. Can someone so intent on ridding the world of God experience redemption? What lies behind his hatred of God? Will his darkened soul search for pieces of light?

The first two books of the series, Deadly Disclosures and The Shadowed Mind reveal the amazing grace of God while showcasing a world losing sight of Him. In Pieces of Light, Cave’s continues her compelling storylines using believable characters and realistic situations to identify the importance of living under the authority of the Bible, deliver a Biblical worldview perspective to current events, illustrate the power of Jesus’s sacrifice and desire to redeem every life and provide believers a resource easy to share with skeptics. 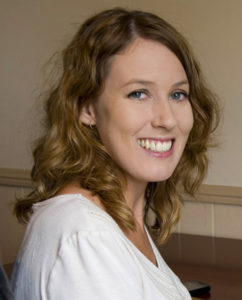 About the author:
Julie Cave credits her parents for introducing her to books at a young age, which fostered an enduring passion for reading and writing. As a child, her favorite authors were Enid Blyton and C.S. Lewis and it wasn’t long before she began copying them, writing short stories for anyone who would read them. At fifteen, two things happened which would shape her future: she heard a creation science speaker at her church which cemented her faith in God; and she finished her second novel-length story and realized she had fallen in love with writing novels. After school, she completed a health science degree, got married, and worked in banking and finance. All the while she wondered how she could combine her love of writing and her strong passion for Christian apologetics and evangelism. One weekend at a church camp, a friend asked, ‘What if the guy in charge of the Smithsonian Institution went missing?’ The result – and the answer to that question – is Julie’s maiden published novel, Deadly Disclosures. This book is first in the Dinah Harris trilogy authored by Julie; the other two books are titled The Shadowed Mind and Pieces of Light. Julie has two daughters and lives in Brisbane, Australia with her family. She divides her time between being a wife, a mother, and an author.