Rachelle Dekker burst onto the speculative fiction scene in 2015 with her debut novel, The Choosing (Tyndale House). After winning a Christy Award for that novel and completing two more books to finish her Seer series, Rachelle has clearly carved out a space of her own apart from her famous father, Ted Dekker. Rachelle sat down to answer some of our questions about The Returning (Tyndale House), the conclusion of her first series. 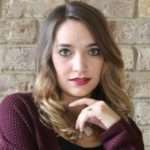 Where does book three find us in your series?

It takes place 20 years from the end of the second novel, The Calling, so the world looks pretty different. I don’t want to give too much away, but readers will continue the story with characters they know and meet some pretty awesome new ones. Let’s just say the entire world as they know it is about to change.

Your debut novel and the first book in this series won a Christy Award. Did you feel some pressure going into the release of your second and third novels?

Not really. I mean, maybe I should have, ha! The second and third novels were already completely conceptualized and mostly written when I won, so I think I was too far along to feel any pressure. It may affect my future work, but I would hope not.

It was such an honor, though! I still walk by the beautiful glass award perched on my bookshelf and think, How did this even become my life?

How was this writing process different from your process of writing The Choosing and The Calling?

Ending a series is challenging. On one hand, I have already laid the foundation, so that allows me to lean on some support I’ve already created. But at the same time, I have to stay true to the rules I’ve made. I have to think through all the doors I’ve opened, all the paths my characters have walked, and make sure to seal everything up tightly. It felt more daunting pulling everything to a close while still discovering and creating new life for this novel. At the end of the day, I’m extremely happy with the result.

What do you do when you get stuck in a spot with your characters or a plot piece isn’t fitting correctly?

I cut it, if I can. I try very hard to follow my instincts. I’ve found they don’t often lead me astray, but when I get stubborn and try to fit a square into a triangle space, sometimes the only thing to do is erase it and start over. That is painful, but necessary. 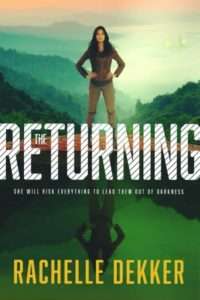 Did the response to your first two books shape your style for the third book?

The response and support have been overwhelming. I still can’t believe people are reading my books! But as a rule of thumb, I try not to let reviews dictate what I am writing currently. In fact, I try not to read too many reviews at all. I have a trusted team of people around me whom I love and respect. I get their opinions and insights on my work. Other than that, I really just write what I love, what I believe, what is shaping me.

Don’t get me wrong, I love hearing from readers, but I try to be careful not to let the ways they did or didn’t connect to my novels impact the way I do my work. I still have to trust my gut.

This is the third and final installment in this series. Could there ever be more? Have you considered lengthening it?

I think there could be more, but for now I am on to the next journey. I loved writing in the Seer universe, but I’m ready to jump off the edge and see what else I can find. But who knows? I may be back someday.

Finish this sentence: Readers who love ____ will love The Returning.

You’re probably looking for a book title here, but I don’t really like to compare myself to anyone else, because all fiction is so different. So instead I’ll say, “Readers who love redemptive dystopian adventures will love The Returning.” Or at least, I really hope so.