The suspense author explains how his latest thriller grapples with the spiritual implications of artificial intelligence.

The author of the acclaimed crime series starring FBI Special Agent Patrick Bowers, Steven James’ pulse-pounding, award-winning thrillers are known for their intricate storylines and insightful explorations of good and evil.  His latest novel is Synapse(Thomas Nelson): Thirty years in the future, when AI is so advanced that humans live side by side with cognizant robots called Artificials, Kestrel Hathaway must come to terms not just with what machines know, but with what they believe.

In this exclusive interview, Steven reveals the spiritual themes of Synapse, explains the value of the “outside observer” in science fiction, and shares the research he put into getting his near-future world right… 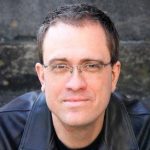 Steven, your latest thriller involves an android on the run to untangle a conspiracy. No spoilers, but what you can you tell us about Synapse?

This story takes place thirty years in the future when cognizant robots have self-awareness, consciousness, and free will. In this context, a group of domestic terrorists are not fans of making machines more like people and enhancing people to be more like machines. They have nefarious plans and our heroine and her robot, Jordan, have to stop them—a job that is made all the more difficult because they don’t always know who the good guys and the bad guys are.

This is a little different from your previous suspense and mysteries. What inspired you to go in this direction?

For years I’ve been interested in AI and the implications of it—not just artificial intelligence but also artificial belief. In other words, once machines have free will, what will they choose to believe? Will they believe in God or are we to assume that all machines will be atheists? I think that if God is real, and robots can apprehend the truth, then some robots at least will certainly believe in God. What will happen then?

How much is this for your current readers vs. a brand-new audience? 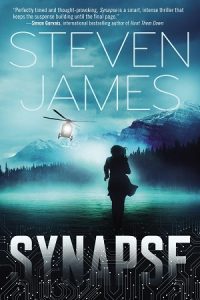 All of my books are really rooted in suspense. I suppose you’d say that’s what ties them all together. Some are more focused on psychological suspense, and some have more to do with political intrigue. So, for those who’ve read my stories before, they’ll find that common thread of suspense. This story will also appeal to people who enjoy science fiction and conspiracy thrillers.

At the center of this story are the human Kestrel Hathaway and her “artificial,” a cognizant robot named Jordan. What about these two made you want to tell their story?

At the beginning of the story, Kestrel suffers a tragic personal loss and her brother buys her Jordan to assist her as she works through it. When I first started this story, I thought it would mainly be about Jordan and his quest for faith, but as it turns out, Kestrel questions her faith in God and Jordan inspires her to take her faith to a new level.