No wonder Thomas Nelson titled Mary Weber’s series The Storm Siren trilogy! Her latest release, Siren’s Song, has been taking the market by a storm of its own, and for good reason. This trilogy is perfect for fans of novels like The Mortal Instruments, Red Queen, and Throne of Glass.

Winner of the 2015 Christy, Carol, and INSPY awards, Mary Weber brings to a close the exciting story of Nymia, an Elemental who went from being a slave, to a survivor, to becoming a hero after fully embracing her unique value and destiny—a key message Weber would like to share with fans.

“A lovely satisfaction” is the simple poetic description Weber gives to explain the feeling of releasing Siren’s Song. She explains that bringing the series to a close was, well, in her words, “Oh man … wild … beautiful … a tad terrifying.”

Her laugh that follows gives a sense of relief and giddy joy. Weber’s goal was to write her soul into the final book—for the characters and especially for her readers. To do this, she was reworking scenes up until the week before Siren’s Song went to print. The result is a book that feels whole to the author and is superbly satisfying to her readers.

Still, she confesses that this was the hardest book to write because as we all know, “endings are the worst.” She likes to feel surprised with everyone else. That’s a hard thing to do when you’re the author. So one night she prayed about “how this story would end” before bed, and the next morning she woke up to a prompting to “begin at the end.” So that is what she did. She sat down and wrote the final pages. And then the last few chapters. And then she just kept working backward. 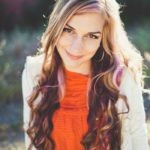 While this series has received high praise from many well-respected reviewers as well as top-notch authors, the praise Weber delights in the most is from her fans. Reader feedback like, “Thank you for writing characters my special needs child can connect with,” or “Thank you for having someone black like me as a hero.” Or simply, “Thank you for creating a girl I could identify with who makes me think I can overcome struggles, too.” These words that confirm for Weber why she writes also humble her as she considers those readers’ hearts and their struggles.

Just because this is the final book in the Storm Siren trilogy, it doesn’t mean we won’t be hearing more from Weber. She’s in the midst of a brand-new duology set on a futuristic Earth.

Publisher’s Weekly explained it as a series in which “Native American Sofi Snow’s mission to rescue her brother from the ice planet now orbiting earth turns into a deadly game of hunter and prey.” Weber explains, “It’s Ember in the Ashes meets Ender’s Game.”

The first book, The Evaporation of Sofi Snow, releases from Thomas Nelson in June 2017. With a “wink” Weber also hints that we’re likely to hear more from the beloved characters of the Storm Siren trilogy. “Is it all right to say I’m not quite sure I am done with them yet?” 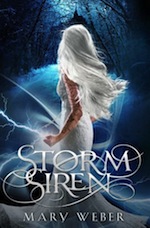 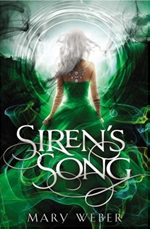