After witnessing something he shouldn’t have seen in the military, Preston had to fake his own death to survive. But he puts his life on the line once again when he witnesses someone planting a bomb in Holly’s cabin. Will the childhood sweethearts survive when they are forced into the wilderness to find safety? Angela Strong‘s latest release, Presumed Dead, will take readers on a thrilling ride as Holly and Preston discover the answers that have eluded them. In this interview, Angela discusses her inspiration, the truth about Preston’s faked death, and how her faith informs her writing.

My kids have grown up spending summers at a cabin on the lake that has been in their family for over sixty years. There are other families along the lake that have also been there for some time, and when the groups get together they tell stories of romances that happened long ago. This book all started with the idea of childhood sweethearts reuniting on the lake years later, but of course there are bombs and guns involved since it’s suspense. 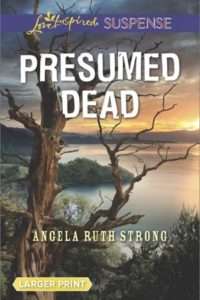 Holly Fontaine is a lawyer who hates being alone and mistakenly gets herself into a bad relationship to avoid loneliness. Preston Tyler was a helicopter pilot for the military and has had to spend the past few years by himself to keep his existence a secret and now has problems relating to others. They both need to learn how they were created for community and the importance of working together with God.

PRESTON TYLER HAD TO FAKE HIS OWN DEATH. CAN YOU TELL US (OR MAYBE GIVE US A HINT) WHY HE DID THIS?

Preston was a pilot for S.O.A.R—Special Operation Aviation Regiment. They were in the Middle East on a mission to rescue hostages when he noticed someone tampering with the choppers. He went to tell his sergeant to stop the op, but was too late. His team crashed and burned, and the next morning, his sergeant was found hanging in his bunk. Preston fears if he talks to anyone else, they might also end up dead. He tries to solve the mystery on his own to keep his family safe, but when he sees a bomb planted in Holly’s cabin, he’s forced to come out of hiding to rescue her.

WHAT ARE THE CHALLENGES, OR BENEFITS, OF WRITING ROMANCE STORIES AS A CHRISTIAN?

When my first romance released, I was in the middle of a divorce. My ex left me, and I never wanted to write romance again. But then God healed my heart, and I met Mr. Strong. Love changes lives. There is nothing more important in the world to write about than love.

I especially want to write stories of healthy relationships so readers can put up the kind of boundaries my character Holly needed in her life. There are so many novels out there where obsession and codependency and lust are all mistaken for love. I want to be a light in the darkness so women can find the knowledge needed to keep from putting themselves in abusive relationships. There IS such a thing as happily ever after, it just takes patience and hard work and reliance on God.

AS A SUSPENSE WRITER WHO IS A CHRISTIAN, IN WHAT WAYS DOES YOUR FAITH IMPACT HOW YOU WRITE STORIES ABOUT CRIME AND DANGER? 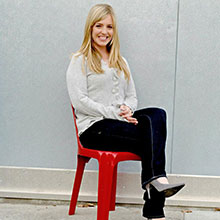 Recently I’ve been studying joy in the Bible. There is a clear connection between joy and victory. The Bible also says, “The joy of the Lord is my strength,” which would then mean that our strength comes from the joy of Christ’s victory. This is where we get the strength to keep on fighting our own battles.

When my characters reach the black moment and all hope is lost, they can only find strength through victory in Jesus to overcome.

YOUR LOVE INSPIRED SUSPENSE NOVELS COMBINE ELEMENTS OF FAITH, ROMANCE AND SUSPENSE – WHICH OF THESE IS HARDEST FOR YOU TO WRITE? WHICH IS THE EASIEST?

The suspense is the hardest for me. I want to make jokes to relieve the tension so my scenes start out looking like something from a Chris Tucker/Jackie Chan movie.

The romance is the easiest. That’s the part of the story that grips my heart and makes me want to write it in the first place.

The faith factor isn’t always evident at the beginning, but because it’s part of who I am, it’s in there. I always learn something from my own stories.