Susan May Warren is the USA Today bestselling author of more than 90 novels with more than 1.5 million books sold, including the Global Search and Rescue Series and the Montana Rescue Series, as well as Sunrise and Sunburst. Susan is the winner of a RITA Award and multiple Christy and Carol Awards, as well as the HOLT Medallion and numerous Readers’ Choice Awards.

In this interview, Susan talks about Sundown, the third book in her Sky King Ranch Series.

FF: Please provide a brief summary of your new novel, Sundown.
Sundown is the epic conclusion to the Sky King Ranch Trilogy. Taylor “Tae” Price is hiding something—former Delta Operator Colt Kingston knows it. But she’s not talking…at least until she’s targeted by a Russian assassin. Then suddenly she has a story that no one believes, except, maybe Colt. And not just because she helped nurse him back to his feet after his terrible captivity in Nigeria. There’s something about Tae’s story that rings true, even if it feels unbelievable that she alone holds the antidote to a terrible biological threat. Colt and Tae—and the rest of the Sky King Ranch family—must race against time to stop the attack.

FF: Your female protagonist, Tae, comes to Sky King Ranch with a lot of secrets. Can you offer some hints as to how these secrets could have a huge impact on the world?
Tae works for a private group that researches rogue, virulent strains of already known diseases—Ebola, hantavirus, smallpox, etc. When one of these kinds of diseases is unleashed, it’s up to her to find the cure.

FF: Colt Kingston, one of the three triplets featured in the Sky King Ranch Series, is a former Delta Operative. Can you explain what this profession entails and why it is important in Sundown?
Delta Force is a special ops group within the US Army that operates under special command of the Joint Special Operations Command. They specialize in counterterrorism, hostage rescue, and recon, often with high-value targets. This is especially important because Colt comes to the story with specific skills that allow him to direct action against the group producing the virus. His experience is exactly what they need to find and stop the terrorists.

FF: The Sky King Ranch Series is set in Alaska, which is often referred to as the Last Frontier. Why did you choose this setting?
Alaska is its own amazing character! I love the setting because it challenges our characters to go beyond themselves to look within and find courage they didn’t know they had. Setting a book in Alaska allows me to create desperate scenarios that add to both the suspense and character growth. It is just hands-down, mind-blowingly beautiful.

FF: Sundown is the final book in your Sky King Ranch Series. What is the connecting element for all of the books in this series?
All of the brothers have returned home wounded in some way, both physically and mentally, so coming back to the ranch offers them a place to confront those wounds and heal. Also, the appearance of Tae in book 1 is threaded through the series and connects all three books in the epic plot.

FF: Are there any threads that run through the whole series that will be wrapped up in Sundown?
There are many threads!! Some, of course, I can’t give away, but all the characters have ongoing problems, question or issues that in some way get resolved or answered, from family problems to health issues to backstory questions.

FF: What inspired the idea for this series?
The idea began years ago when I penned a different series about Alaskan smokejumpers and readers first met Larke, the brothers’ oldest sister. My fans reached out and asked me for the triplets’ stories, and suddenly all three brothers walked into my brain with their problems and started talking!

FF: What lessons do you hope readers can gain from reading Sundown?
The series is really about how we need to take a long-range view of our lives, because God is active and working on our story even when we feel alone. I hope readers are encouraged to trust the Lord and see that no situation is out of his control.

FF: What do you love most about writing romance novels packed with both action and adventure?
I love meeting and falling in love with my heroes! They are so fun to write about, and getting them into trouble—and out of it—with the right partner is a blast!

Book Summary:
Former Delta Operative Colt Kingston knows when someone is lying. He may not know the truth, but he sure doesn’t trust Tae, the woman his family rescued from an Alaskan blizzard. But behind those beautiful blue eyes, he can tell there is a troubled woman.

Although a few of her stories prove true, her tale of survival seems too incredible to believe—until the thugs who are pursuing her show up and threaten Sky King Ranch. Now Tae must disappear, along with her secrets.

When Colt and his brothers discover that Tae’s secrets include the antidote to a plague that could threaten the world, it’ll take all three Kingston brothers to find Tae and protect their country from a biological attack. 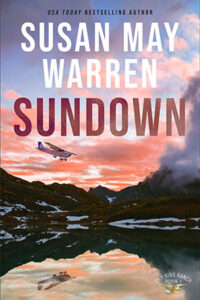