The authors share the challenges of writing romance and suspense as Christians.

Michelle Stimpson is the bestselling, award-winning author of more than 50 books and 50 short stories. A former public school teacher, Michelle takes joy in teaching others through a good story. Michelle Lindo-Rice is the 2015 winner of the Black Writers And Book Clubs Rocks Female Author of the Year Award, and a recipient of the 2017 Black Pearls Legend & Leader Award. She enjoys crafting fiction centered around faith, friendship, family, and forgiveness. Together, the two authors are co-writing the Love Town series. The latest book in the series is Small Town Faith (Independent): An inadequate vigilante, a daring detective, and the dangerous man between them—when Jazzy goes undercover by befriending her brother’s killer, will love thwart her mission? In this exclusive interview, the two authors share behind-the-scenes details of the series, explain the essential qualities of romantic lead characters, and reveal the advantages Christian authors have when writing suspense.

What inspired the story in Small Town Faith? 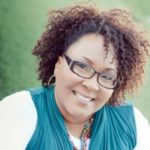 LINDO-RICE: Both Michelle and I brainstormed the kind of story we wanted to tell. We knew we wanted to focus on twins, we wanted their grandmother to be central and we knew we wanted it set in a small town. We both love romances, especially those inspired by God and wanted to showcase men of faith.

STIMPSON: I’m always fascinated by the dynamics of small towns. So, these books are a joy to write.

What’s the overarching idea or theme behind your Lovetown series?

LINDO-RICE: The overarching idea is that of God’s love and forgiveness. In both books, each of the heroines had a situation that required them to forgive and also to lean on God when their own strength failed them.

STIMPSON: I hope that readers will be encouraged as they watch these themes unfold in these young characters who are growing in their new faith. They’re imperfect—full of fear and uncertainty—and yet they are finding and giving both love and forgiveness. It’s the story of every one of us, really.

How does Small Town Faith fit into that bigger picture of the series? (How many books are planned for the series?) 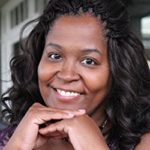 LINDO-RICE: Michelle and I thought about possibly doing 3 books in the series, but we knew we wanted to give each of the Thompson twins: Janiya and Jazmyn their own story as each woman finds her path to God. Small Town Faith is the second book, the first book focused on Janiya’s story.

Tell us about Jazmin “Jazzy” Thompson and Detective Travis “the Tease” Gonzalez. What about these two characters made you want to build a book around them?

LINDO-RICE: Jazzy began talking to us from book one. She has a strong personality and we had already discovered how Travis felt about her. We felt Travis would be a good balance for her feisty character, but we did ensure he had already discovered God’s love. We knew that it would only be by his actions that Jazzy would ‘see’ Christ in him and move on the path toward conversion.

STIMPSON: I, too, love a feisty heroine who kind of fights off the hero’s love at the beginning. And Travis is quite a hero, being both a conscientious police officer and an intentional evangelist. What I enjoy about Christian romance is how the vertical relationships with God grow and enhance the horizontal relationship between characters.