When a mystery writer and a criminal investigator cross paths, a good story is sure to unfold. But when that writer is dealing with the loss of his wife and that investigator is trying to find her father who mysteriously disappeared—you’ve got yourself a great story. Add a rural setting and a bit of danger and that is precisely Patrica Bradley’s new book Shadows of the Past (Revell).

THIS BOOK IS SET IN MEMPHIS AND NORTHERN MISSISSIPPI, WHICH IS THE PLACE YOU CALL HOME. WHAT MADE THIS THE PERFECT SETTING FOR YOUR CHARACTERS?

I’ve always wanted to write a book set in Memphis, the city where I grew up, but I also wanted the small town feel of where I live now. So I combined the two, changed the geography just a tad, and voila, Logan Point.

IS IT DIFFICULT TO WEAVE ROMANCE TOGETHER WITH SUSPENSE?

Romantic Suspense isn’t so much difficult as it is complicated. The twists and turns have to be logical, yet surprising, and there has to be time for a relationship to develop. And everything has to be kept straight—I’m really grateful to my editors at Revell for making sure I didn’t have a man with a gun on one page and a knife a couple of pages later. (That and many more things!)

THE TWO CHARACTERS IN YOUR NOVEL ARE EACH GRAPPLING WITH THEIR PAST–ONE A GRIEVING WIDOWER, THE OTHER DESPERATELY TRYING TO SOLVE THE MYSTERY OF HER FATHER’S DISAPPEARANCE. WHAT BRINGS THESE TWO TOGETHER? 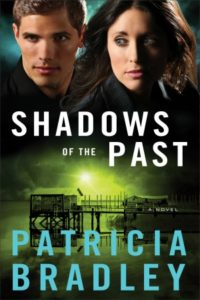 Nick, the grieving widower, is desperate to find the only family he has left. When his brother’s trail leads to Newton, Washington, he crosses paths with Taylor Martin, who believes the brother is stalking her and sparks fly. They both want the truth and team up to find it.

Each has traits the other admires, and the sparks turn to romance as they search for the truth about his brother and try to discover who’s trying to kill her.

WHERE DID YOU GET THE INITIAL INSPIRATION FOR THIS NOVEL?

For seven years I lay aside my love for writing fiction to work in the abstinence program because I felt that was where God wanted me to spend my time. I co-wrote an abstinence/healthy relationship curriculum and presented it all over Mississippi, parts of Tennessee, Alabama and Georgia. One morning as I read my devotional, a character popped into my head. I knew two things about the character: it was a woman and someone was trying to kill her.

God had given me the go ahead to write my stories again. That was 2008. Four years later, after many revisions where even the characters’ names changed, Revell bought the story.

ARE YOU CURRENTLY WORKING ON ANY MORE NOVELS? IF SO, WHAT CAN WE EXPECT FROM YOU IN THE FUTURE?

I have completed the 2nd book in the series, A Promise to Protect. The main characters are the sheriff in Shadows from the Past and his old flame, now a doctor, who returns home to Logan Point after ten years. It’s a story of secrets and betrayal and murder.

Right now I’m working on the third book in the series, and my working title is Shadows of Grace. I’m sure that will change. The main character in it is the Memphis Police Detective who has small roles in the two other books in the series. I’m still working on the plot, and the only thing I know at this point is she’s recuperating from a gunshot wound in Logan Point after being shot in a dark alley by a robbery suspect.

Find out more about the book here:

Shadows of the Past (Logan Point #1)