Texas resident Karen Witemeyer has a stack of historical romance novels to her credit already and she’s not slowing down any time soon. Her latest, Short-Straw Bride (Bethany House) tells the story of love and hard lessons learned in a hard land. 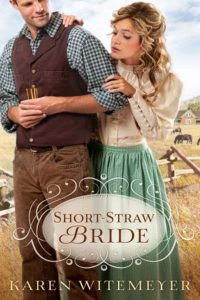 In such a short time, you’ve become quite a successful author. Was your writing journey just as quick?

Stories have always captivated my imagination and ignited new ideas. They inspired hope, touched my heart, and changed my perspective on life. I used to dream about penning my own tales, but I never took steps to make it happen. There were too many other things to focus on. First college, then grad school, then kids. But in 2003, when my husband learned his position was being eliminated at work, I realized it was time to wake up from the dream and start pursuing reality. So I joined writers’ groups, read books on the craft, found critique partners, attended conferences, and wrote whenever I found spare time. Eventually the hard work paid off. Six years later, I received a three-book contract from Bethany House, and in 2010 I saw my first novel hit the shelves.

Seeing one of your books on a store shelf must be such an exciting experience. You’ve written a total of four novels now and all of them have been set in Texas. What keeps bringing you back to this setting?

I’m a California native, but I’ve lived in Texas for the last 23 years. Texas is home. Not only is it easier to research since I can actually visit many of the places I write about, but the sheer size of the state offers a compelling range of settings. From the Hill Country to the rolling plains, to the western desert, to the Llano Estacado (the heart of Texas sheep country), there is an abundance of geographical variety. In Short-Straw Bride, we spend time in the piney woods of east Texas, where ranchers battle loggers.

Besides the wonderful topography, though, it’s the rugged western heroes I enjoy creating so much who have dictated my stay in Texas. They just wouldn’t be at home in any other landscape.

What can you tell us about the rugged western hero in your new novel Short-Straw Bride?

Travis is the oldest of the Archer clan, the head of the family since his father died when he was 15. All he cares about is his brothers and his ranch, and he does everything in his power to keep them safe. Following their father’s dying request, no Archer ever leaves the ranch. As boys, they hunkered down to prevent do-gooders from separating them, and fought side-by-side against those who thought they could take the land from them by force. Now as men, they remain isolated as a matter of habit and control. None of them has ever crossed their property’s boundary since the night their father died. None except Travis. And only the one time. But that innocent act 12 years ago is about to come back to haunt him. 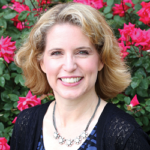 What an interesting plot. How did you come up with the idea for this story?

As this story developed in my mind, inspiration came from several sources, but the main catalyst came from the musical Seven Brides for Seven Brothers. The Archer clan has four brothers instead of seven, and the men don’t sing and dance while they do their chores. Nor are they all redheads. However, they do have names that fit a pattern. No, they aren’t named after alphabetical Bible characters. Instead, my four brothers were named for heroes from the Alamo: Travis, Crockett, Bowie (although he only answers to “Jim”), and Neill.

Besides the names of heroes from the Alamo, what do you hope readers walk away with after finishing the novel?

There is power in community. God calls us to love our neighbors as ourselves, to carry each other’s burdens, and to be people of hospitality. However, we live in a dangerous world, and often we choose to protect ourselves through isolation. We might smile and say hello, but we don’t welcome people into our homes. Even in our churches, we tend to keep relationships on a surface level, not wanting anyone to get too close. But there is power in community. God designed us to lean on one another. To confess to one another. To draw strength and encouragement from one another.

Travis has to learn to tear down his physical barriers as well as his emotional ones. He must surrender his control to God and trust others with burdens he’s never allowed anyone but himself to carry. It is a grueling journey, but well worth the struggle.