Michele Chynoweth is the best-selling author of five award-winning contemporary suspense novels that reimagine Old Testament stories in the Bible. In her books, she brings stories in the Bible to life for today’s readers with contemporary characters and plots so they can better understand and relate to God’s messages of faith and hope. Michele’s universally-appealing inspirational novels are filled with drama, intrigue and romance and include The Faithful One based on the Book of Job, The Peace Maker, based on the story of David and Abigail in the First Book of Samuel, The Runaway Prophet based on the Book of Jonah, and The Jealous Son based on the story of Cain and Abel in Genesis.

Michele believes the Old Testament stories are often difficult to read and comprehend, so she hopes that re-imagining them in contemporary times with edgy fiction that’s fast-paced and entertaining will help readers appreciate them, understand God’s messages and hopefully bring people back to the Bible itself.

In this interview, Michele talks with us about her latest novel, The Wise Man.

FF: What inspired the story in your book?
A few years ago, I met an extremely wealthy man in Australia who ran a billion-dollar empire and had many au pairs working for him but had become an atheist and I realized I had found my next character based on Solomon. Each of my novels has a little bit of me in them and I can relate to Solomon also because I grew up privileged and somewhat entitled, and as a young adult, nearly lost my faith in God. Then, I went on the 2020 national March for Life in Washington, DC and realized the modern-day version of the Bible story of Solomon deciding between the two women fighting over the baby could tie into the whole Roe v. Wade battle. In my novel, the main Solomon character is a U.S. Supreme Court justice hearing a modern Roe overturn case in which two women fight over a baby boy born live out of a failed late-term abortion—the clinic worker who saves him and the birth mother who wants him back. Little did I know it would all hit the headlines like it did!

FF: What can you tell us about the main characters in your book?
Finn Mitchell, the main Solomon based character, grows up in the shadow of his father, U.S .President Leif Mitchell, wealthy, privileged, entitled. He then steps into the limelight in his own right and becomes a U.S. Supreme Court justice. He writes the decision in the Roe v. Wade overturn court case and is known for his wisdom as a result. But his fame and fortune—and his marriage to a woman who worships idols—lead him to turn from his faith in God and he starts down a dark path when his virtual reality empire on the tourist island he owns starts to erupt into disaster.

FF: Which character surprised you the most?
Zimo (Zeemo) is Finn Mitchell’s brother-in-law, the son of the powerful President of Communist China, Wu Shin Hai, brother of Finn’s wife, Lei. Zimo is smart, crafty, and greedy—and wants Finn to partner with him to build a virtual reality tourist empire. But he also partners with another of the world’s wealthiest men, only to find he’s made a deal with the devil.

FF: Why do you think storytelling is such a powerful way to share truth?
According to Ted-Talk coach Geoffrey Berwind, storytelling is the number one way we can engage people…people have been telling stories around campfires since the beginning of time and prefer to receive information that way. And look at Jesus…he told lots of stories (parables) to get his messages across!

FF: What can you tell us about your next book?
I have more “Modern Day Bible Stories” (contemporary biblical suspense novels) in me as well as a memoir. I believe the next novel will be a contemporary sci-fi based on Noah. But I’m also hoping one or more of my novels gets made into TV/movies. Talks are in the works, stay tuned for more!

FF: What kind of research did you do for this book?
I worked for the first time on The Wise Man with a paid “sensitivity reader.” I had never heard of them before, but I was doing research on China and the Chinese culture and mentioned that in a writers’ critique group, and an author in the group said he was an Asian-Pacific sensitivity reader. Wow, did he help A LOT with authenticity when it came to people, places and things. I also had authenticity readers including a doctor and attorney who made sure the courtroom scene and abortion/hospital scenes were realistic and accurate, and a priest and theological scholar who made sure my novel stayed true to the Bible story. In addition, I research each of my novels with the help of the Anchor Bible Series books.

FF: What do you want readers to take away after reading your book?
I write what I do because I want today’s readers to comprehend God’s messages in the Bible stories (which are sometimes difficult to read and understand) while being entertained by good fiction that deals with modern-day issues and real-life struggles to which they can relate. So I balance the two by writing what I love to read—action-packed suspense with racy romance that stays “edgy”—while staying true to the narrative and God’s message in the Bible story. The message of The Wise Man can be summed up in the Bible quote, “What does it profit a man to gain the whole world yet lose his soul?” (Mark 8:36)

FF: What are the biggest challenges for you as an author writing in your specific genre?
People may think it’s easy to recreate Bible stories in a contemporary way but in fact, it’s very hard. The Old Testament stories are difficult to comprehend, which is why I choose them to re-imagine into modern-day novels, and also jam-packed with plot twists and turns…as well as powerful real-life issues that we can relate to today.

FF: What authors or books have inspired you as an author?
I love novels by Dan Brown, John Grisham and Kristin Hannah. As a girl, I loved the books, Little Women and Jane Eyre. As an adult, Firefly Lane, A Time to Kill and Angels and Demons in fiction, and The Five People You Meet in Heaven and The 7 Spiritual Laws of Success in non-fiction. And of course, the Bible!

FF: How has your faith or world view impacted the way you tell stories?
I was in a dark place of despair when I feel like my genre (or God rather) chose me to write the books I do. Many years ago, I was losing my marriage, my ad agency business, my kids (who were becoming teenagers) and my health due to the disease of alcoholism…when I heard a still small voice call me to write a novel based on the Book of Job. Turns out I was just like Job and God, and my faith in him, brought me through everything in writing that first novel, The Faithful One. I’m now happily married, working full-time as an author, editor, speaker and book coach, have a great relationship with our blended family of five kids, and just celebrated 18 years in recovery. God rewarded me like Job, so in return I try to follow the call to write novels that get across His messages in the Bible stories. 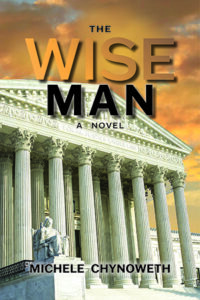 Buy The Wise Man from the FF Store HERE!

OTHER BOOKS BY MICHELE CHYNOWETH: 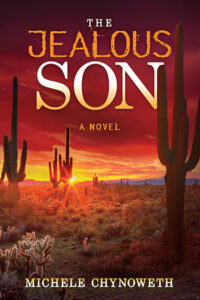 Book Summary:
A murder mystery based on the biblical story of Cain and Abel

Jealous that his brother seems to unfairly gain the attention of their parents, the accolades of the world and the love of his girl, Cameron Trellis seeks to find justice and get rid of his younger brother Austin once and for all. A modern-day murder mystery based on the Bible story of Cain and Abel, The Jealous Son portrays how envy can go too far and begs the questions: What happens when a mother loses both of her sons? How can a family so broken piece itself back together again? And where is God in the midst of it all? 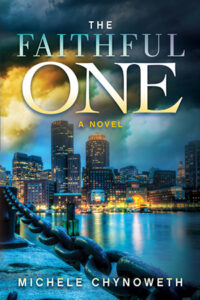 Book Summary:
A contemporary biblical suspense based on the Book of Job; winner of Selah, Readers Favorite International and Top Shelf Indie Book Awards
Seth Jacobs has it all…health, wealth, a beautiful wife and three children, a great career, a mansion in greater Boston…and in a series of reversals of fortune beyond his control, Seth loses it all. His friends, who suggest God has a reason for inflicting so much loss and pain upon him, challenge Seth’s faith. Suffering, he asks God, as we all do, “Why is this happening to me?” and receives an unexpected answer. A modern-day story based on the Bible’s Book of Job, The Faithful One inspires us all to have a little faith no matter what. 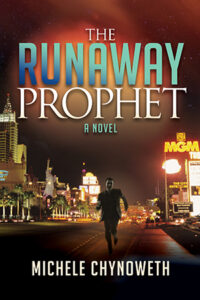 Book Summary:
A contemporary thriller based on the Book of Jonah; winner of Book Excellence, New Apple and Readers Favorite International Book Awards
Rory Justice leads a relatively normal life as a conservative, divorced, middle-aged ad agency account executive. He doesn’t like to rock the boat, but that’s just what happens when his retired FBI agent father, on his deathbed, asks Rory to hand-deliver a sealed letter to the Las Vegas sheriff’s department. The letter details plans by a new Islamic State mafia running the casinos to destroy the city with an underground nuclear bomb.Instead of delivering the letter warning Vegas of its impending doom, Rory tries to run. He mails the letter and jumps onto a cruise ship, only to find himself entangled in a series of horrific misfortunes. Rory is eventually brought back to Vegas, where he ends up helping FBI and police investigators who have forty days to uproot the mafia and the bomb they’ve planted before it destroys Sin City. In the process, he finds himself confronting the very low-lifes he abhors―prostitutes, gamblers, drug addicts and thugs―and falls in love with police lieutenant Susan McAfree, a tough yet vulnerable officer on his team. But can this new-found love outweigh the hate he feels for the sinners she lives among and works to save? 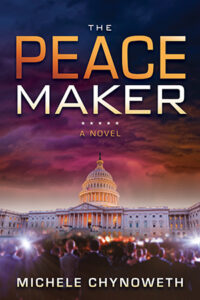 Book Summary:
The Peace Maker is the contemporary retelling of the story of David and Abigail in the Bible’s First Book of Samuel. The characters come to life in the setting of a current US Presidential election—Leif Mitchell is selected from his humble life as a horse rancher and country rock singer to become Governor of Kentucky and then run as the Republican candidate against powerful and narcissistic US Democratic Senator Darren Richards of New York, a behind-the-scenes abusive alcoholic. A powerful Darren will stop at nothing to bring Leif down, causing Leif to reconsider his high road approach to politics. When the campaigns get ugly and dangerous, First Lady hopeful Chessa Richards is faced with a tough decision. Should she try to preserve peace at all costs, protecting many who might become collateral damage as a result of the ensuing battle, and in turn possibly sacrifice her future and risk her own life? Should she try to stop Leif from stooping to her husband’s level, which may ruin his candidacy but save his soul?

This gripping novel full of suspense and romance will encourage you in times of decision and doubt to rely on God’s guidance and to have courage to do the right thing no matter what the cost.