Hallee Bridgeman is the USA Today bestselling author of several action-packed romantic suspense books and series. An Army brat turned Floridian, Hallee and her husband finally settled in central Kentucky, where they have raised their three children. When she’s not writing, Hallee pursues her passion for cooking, coffee, campy action movies, and regular date nights with her husband.

In this interview, Hallee shares some thoughts on the first book in her new series, Honor Bound.

FF: How do the books in your new Love and Honor Series tie together?
Each book revolves around one member of a Special Forces A-Team.

FF: What type of research was required to accurately portray the characters in this branch of service?
My husband served with the 20th Special Forces Group (Airborne) for several years and deployed with them to Afghanistan. In our military community, we have several friends who are still in Special Forces units. I was able to ask questions, glean knowledge, and confirm facts with several sources who actually served or are serving in the Special Forces.

FF: What draws you to writing military fiction?
I am an Army brat (my father was Special Forces) married to an Army brat (his father was a paratrooper). After the Gulf War, my husband got out of the military but reenlisted on September 12, 2001. He deployed to his second war within a few months of our marriage and has served in the military for almost twenty-five years. In media, it’s hard to find where the military is portrayed correctly. I wanted to write a series of books that didn’t cater to stereotype or trope but gave us a realistic view of the men and women who serve in the armed forces and their culture.

FF: What was the inspiration behind the Love and Honor Series?
I love the military life and the people in it. I love strong heroes and heroines who are truly self-sacrificing, whose love for their country and families leads them to lay down their lives to protect them.

FF: Is there a character in this series who you particularly relate to?
I think out of all the characters, Bill Sanders is my favorite. I’ve always loved the tortured hero with a past that comes with baggage. It was fun to weave a sense of humor and Southern colloquialisms into his speech. My husband is very Southern and clever with his words. I think a lot of him leaked into Bill.

FF: The theme of honor is present in each book in this series. Why did you choose to focus on this particular quality?
One of the definitions of honor is “adherence to what is right.” Throughout my life, I’ve been surrounded by soldiers who have served in the US Army Special Forces. In my experience, they exude honor and respect. It was a natural trait to give focus to when I was plotting and planning this series.

FF: Are there any lessons that you hope readers can learn from the Love and Honor Series?
God is love, but this is a fallen world and there are some pretty scary things going on. God has gifted some people with warrior qualities and special skills, and they’re out there every day praying for the same peace that Jesus promises us in John 16:33: “I have said these things to you, that in me you may have peace. In the world you will have tribulation. But take heart; I have overcome the world” (ESV).

FF: What are you working on next?
My husband is no longer in a Special Forces unit; he is now in a cybersecurity/cyber warfare unit. I’m plotting out a series of books that combines cyber and Special Forces and a global hunt to stop some very dangerous hackers perpetrating a devastating attack. We’re crossing paths with Israel’s Mossad, arms dealers, and deep cover agents. I’m very excited for these books.

Book Summary:
It may seem odd to seek peace by moving to a war-torn African country, but for medical missionary Dr. Cynthia Myers, it provided a way to escape a shallow life of unearned wealth, a philandering fiancé, and a father now square in the public eye as vice president of the United States. At least here she knows her work and life have meaning. But all that is thrown into chaos when she fails to save the life of a local warlord’s mortally wounded son.

As part of the Army Special Forces “A-Team” on a mission to capture and subdue the warlord, Captain Rick Norton is compelled to use deadly force to save Cynthia’s life. Enraged at the violence she witnessed and riddled with guilt that men died because of her, Cynthia tries to hold on to her anger—but an unwanted attraction is taking hold.

With two members of his team badly injured and rebels in hot pursuit, Rick will have to draw upon all his strength and cunning to get her out alive…because he’s beginning to think they just might overcome their differences and be able to make a life together. 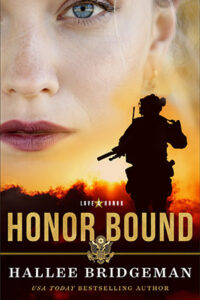