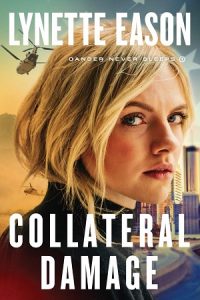 A former military psychologist, Brooke Adams was honorably discharged from the Army after an explosion nearly killed her. She has now set up shop to help others, but her days of helping military personnel are over. She continues to battle her own nightmares and realizes she is not equipped to take on more.

Former Army Special Ops Sergeant First Class Asher James knows he needs help. Although he could handle anything that war sent his way—terrorists, bombs, bullets—the thing that scares him the most is sleep. As the shadows close in, the nightmares begin.

Asher makes an appointment with a counselor. When he arrives at Brooke’s office, she isn’t there—but a dead body is. It soon becomes clear that Brooke was the real target of the attack—and that her secrets go even deeper than his own. Asher vows to protect her no matter what. Now on the run, they realize they must uncover these powerful secrets before they both end up dead. 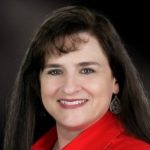 Collateral Damage is the first book in the Danger Never Sleeps series, which will include four books. Lynette explains what ties the series together:

The books are connected via four friends who met while in the military. The series follows their lives and adventures and the men they meet—and fall in love with—along the way.

Collateral Damage deals with post-traumatic stress disorder (PTSD). Lynette explains the research she did to write about this subject:

I talked to a number of people about this disorder. Most people who have it don’t really like to discuss it. However, some people are more open—especially those who want to make sure the disorder is represented correctly. I also talked to those who had loved ones who suffered from PTSD, and they were able to give me pointers on how to make sure my story reflected it accurately.

Lynette Eason is the bestselling author of the series Blue Justice, Women of Justice, Deadly Reunions, Hidden Identity, and Elite Guardians. She is the winner of three ACFW Carol Awards, the Selah Award, and the Inspirational Reader’s Choice Award, among others.