Award-winning author Jill Williamson writes fantasy and science fiction for teens and adults. She loves giving writing workshops and blogs for teen writers at the website Go Teen Writers. Her epic fantasy series Kinsman Chronicles started out as a nine-part eBook series that has now been collected into three volumes. The final volume is King’s War(Bethany House): Will the gifts of Arman be enough to defeat the armies gathering against his name? In this interview, Jill shares the biblical parallels between her fantasy series, explains the unique challenges of creating an epic fantasy for different formats, and shares how her own experiences as an author impact how she teaches others to write…

King’s War is the finale of The Kinsman Chronicles. What can you tell us about the overarching story of the chronicles? 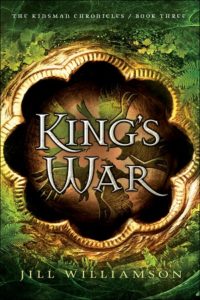 First, it takes place 500 years before Blood of Kings in an Old Testament-like world where kings do evil in the eyes of the Lord and few people follow God’s ways. Second, I wrote these books in the style of general market epic fantasy writers like Robert Jordan, Brandon Sanderson, and George R. R. Martin, and by that, I mean, many points of view coming together to tell a massive story. Mostly of the trilogy follows half-brothers Wilek and Trevn’s journey in bringing their people back to the truth.

Did you have the whole epic mapped out ahead of time—or did you discover it along with your characters?

No, I had very little mapped out, which was somewhat terrifying since these books were so long. I knew that each book would have a different setting. And I sort of knew how I wanted to end the last book.

The rest I brainstormed, wrote, then re-brainstormed when things got broken, which happened more often than I liked. Also, as I got to know certain characters, like Grayson and Oli, they stepped forward and demanded points of view chapters.

Although the chronicles are three “books,” the epic was originally spread out over nine eBooks. How did that change your approach to writing it? 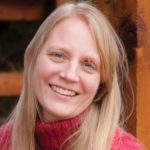 It was challenging to try and give each part some sort of resolution. It was also hard to remember to keep all the parts at somewhat even lengths. I tried to break them up at the act breaks, so the second parts of each book tended to be longer than the first and third parts.

Want to know how Jill creates a fantastical world grounded in biblical truth? Click through to find out!