The veteran police officer talks about the real-life drama behind her latest Christian suspense novel.

A former Long Beach, Calif., police officer of 22 years, Janice Cantore writes from real-life experience with accuracy and attention to detail, crafting a riveting tale of intrigue for romance and crime drama fans alike. Her experience in law enforcement lends authenticity to story of a female police chief’s investigation of a small town’s increasingly deadly drug problem in Lethal Target (Tyndale House), the second novel in her Line of Duty series. In this interview, the author reveals the inspiration for the story, explains how her faith has impacted her as a storyteller, and explains the challenges as a Christian author writing crime fiction…

Janice, what can you tell us about Lethal Target? 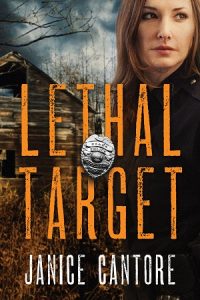 Lethal Target is the second book in my Line of Duty series. It’s a series about Police Chief Tess O’Rourke. She’s a woman who was involved in a controversial shooting in the first installment, Crisis Shot, and just about run out of law enforcement. Career salvation comes when she’s offered the job of chief for a small police department in Rogue’s Hollow, Oregon.

She’s just starting to feel comfortable in her new job when this story begins. The town of Rogue’s Hollow is a lot smaller than Long Beach, Calif., but Tess is adapting and liking the small-town feel and camaraderie.

But big-city crime arrives in town when a promising high school student is found dead of an apparent drug overdose. The young man’s death makes no sense and Tess vows to root out the source of the deadly opiate plague.

The investigation consumes her time—that is, until a blogger who chased her out of Long Beach appears in Rouge’s Hollow. His harassment of Tess begins immediately, and when he’s found murdered on her porch, evidence points to Tess. It becomes a test of the small community: will it come together and support the new chief, or turn on her before the facts are in?

What was the inspiration for this new story?

Partly the wave of police shootings recently, shootings that sometimes on the face look bad, but when all the evidence is in, the police officer is exonerated. Whenever there is a shooting that makes national headlines, I pray people will give the officer due process, wait to make a judgment until all the facts are in.

I was also motivated by the opiate epidemic and the threat of fentanyl. I’ve read articles about how powerful fentanyl is, that officers could overdose simply by inventorying someone’s property if there was the smallest amount of residue present.

Also, the idea of community, togetherness, in a small town. I moved to a small town myself, and the dynamics are fascinating, so I wanted to write that into the story as well.

What themes or ideas do you deal with in Lethal Target? 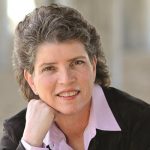 Forgiveness, accepting that God is in control even when hard, sad, tragic, things happen. Tess rediscovers her father’s favorite Bible, and that begins to rekindle her faith, but can her baby faith survive the accusations and innuendos that fly after the death of the blogger? And can she solve the crime and bring the real murderer to justice?

What are the challenges of writing Christian fiction with elements of crime, danger, and violence?

To never be too graphic. Though I do deal with hard things—murder, drug overdose, etc.—I never want to gross anyone out or make them uncomfortable.

Want to know how her Christian faith informs Janice’s writing? Click through to find out!