The romantic suspense author talks about taking readers down a dangerous road—and why it’s worth the journey.

Hailed by Library Journal as the “queen of inspirational romantic suspense,” Irene Hannon lives up to this title with Hidden Peril (Revell), the second book in her Code of Honor series. Readers will be captivated by this edge-of-your-seat thriller that will have them staying up late as they rush toward the explosive conclusion. In this interview, Irene shares about her latest novel, the surprising inspiration for the plot, and how her Christian worldview infuses her romantic suspense fiction…

What can you tell us about Hidden Peril? 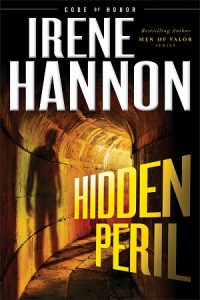 As teenagers, Kristin Dane and her two best friends took a vow to make the world a better place. Twenty years later, she’s fulfilling that pledge through her fair trade shop that features products from around the world. All is well until, one by one, people connected to the shop begin dying.

Detective Luke Carter, new to the St. Louis PD, wants to know why. Before he can answer that question, however, the FBI weighs in and Kristin suddenly finds herself in the middle of international intrigue—and in the sights of the ruthless mastermind behind an ingenious and deadly scheme. Can this cold-blooded killer be stopped before more people die…including Kristin?

Both the hero and heroine are struggling not only with the element of danger, but with family and personal issues. And one of the main secondary characters finds himself facing a situation where there are no good choices.

But I always end my books on an uplifting note, so readers can be assured that as bad as things get, the hope of a happy ending isn’t misplaced.

My heroine believes wholeheartedly in doing her part to make the world a better place, and she’s lived that philosophy. While she doesn’t have the best relationship with her parents, she’s very tight with her two best friends, who she met in middle school. I love writing the scenes where the three of them get together! They made me smile.

My hero is a police detective who lost his wife several years ago and has just moved into town to be closer to his sister and her family. Because of previous service on a joint terrorism task force, he’s uniquely suited to work with the FBI when that agency joins the investigation in this story.

What was your inspiration for the plot? 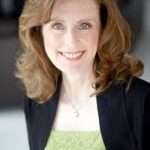 A pair of cufflinks with a hidden compartment. Seriously. I read about them in a Wall Street Journal article while I was trolling for ideas for this book, and they started me what-iffing.

Interestingly enough, the final plot has nothing to do with the article I read. But that story sparked my imagination and let me down a twisting, dangerous road—one readers can travel with me in this book.

What themes or ideas do you deal with in Hidden Peril?

As always with my books, there are several themes. Forgiveness. Acceptance. Reconciliation. The challenge of conflicting loyalties. Letting go. My characters always face moral questions, and this book is no different.

On the next page, Irene reveals how her faith impacts her fiction…