An award-winning author of several works of historical fiction, Tessa Afshar’s accolades include an Inspy Award and a Christy Award. Her latest novel is the biblical epic Daughter of Rome (Tyndale House): When the daughter of a Roman General meets a disinherited Jewish immigrant, neither one can dream of God’s plan to transform them into the most influential couple of the early church—nor can they anticipate the mountains that will threaten to bury them. In this exclusive interview, Tessa shares the research that went into the novel, reveals her approach to writing romance fiction, and explains what she hopes readers get out of her new book… 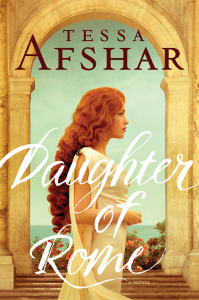 What inspired the story in your Daughter of Rome?

There are only six verses in the Bible that mention Priscilla and Aquila by name, and a few of those are greetings. What we know about this couple is limited, and yet incredibly inspiring. One is never mentioned without the other.

Clearly, they had a remarkable marriage and lived a life of deep trust in the Lord. They led home churches in several cities in the Roman empire while also working in their leather business. Priscilla and Aquila lived lives of profound devotion, adventure, and love. Perfect for an inspirational novel!

What were your goals writing this novel?

Daughter of Rome is about two wounded people whose love for each other and for God transforms not only their own lives, but the lives of friend and foe alike. When I began writing this story, I wanted to capture two threads of romance: between Aquila and Priscilla, and between Priscilla and God. I think that second thread is the one that makes the first so much more powerful.

What does it take to research the period where and when Daughter of Rome takes place?

I write historical fiction that is also inspired by biblical characters, which requires extensive research. For Daughter of Rome, I studied the Bible, used Bible encyclopedias, wall-sized maps, studied Latin forms of address, and read books on the lives of Christians and Jews living in Rome and Corinth in the first century.

I also looked up original recipes from Marcus Apicius, an ancient Roman cooking enthusiast and actually tried a number of these recipes! Tyndale Publishers is making some of these available in a lovely, free download along with photos and recipes. 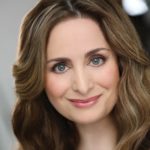 What are the challenges (or benefits) of writing “romances” as a Christian author?

I try not to fall into the world’s concepts of romance, which tend to be physical and self-driven, rendering them superficial. The romances I try to capture in my novels are more complex. There is attraction. But there is so much more.

I often portray characters who are emotionally wounded, and in the entangling of those wounds, find their relationship threatened. Then the true romance begins! The one where God brings redemption, healing, and profound intimacy.

What do you want readers to take away after reading Daughter of Rome?

Daughter of Rome is a novel, so of course I hope readers will find themselves lost in ancient Rome, and up way too late because they can’t put the book down. I hope they find laughter and tears and romance in the pages of this story.

But I also pray that readers will go a little deeper with this one. That they will find inspiration to press on when they are weary, redemption and healing for old sins and shame, and the desire to valiantly love in this broken world.

Daughter of Rome
Tessa Afshar
Tyndale House
Buy it from our store!