With her novel Waves of Mercy (Bethany House), award-winning historical author Lynn Austin explores the lives, faith, and loves of Dutch immigrants as they establish the town of Holland, Michigan. In this Q&A, Lynn shares about the accuracy of the history in her novels, what intrigues her about the Dutch community, and the differences between writing biblical fiction and original historical fiction. 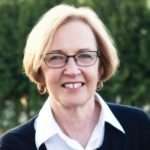 You grew up in New York, lived in Canada, South America, Connecticut, Illinois and now western Michigan. So, after all the places you’ve lived, how and why did you decide to write about Holland, MI? What inspired you or piqued your curiosity?

I grew up in the area of New York State that was originally owned and settled by the Dutch, and I visited Holland for the first time when I attended Hope College. I was immediately impressed by how proud the community was of their faith and their Dutch heritage. My husband grew up in Holland, so when we decided to move back there two years ago, I began researching Holland’s history to see if it would make a good novel.

It intrigued me to learn that the first Dutch settlers came here in 1846 for religious freedom after suffering persecution in the Netherlands. Since that’s true of so many other immigrant peoples over the years, I knew the story would resonate with many readers. I was very surprised to learn how much hardship these early settlers suffered in the process of founding this community. If nothing else, their story taught me not to take our religious freedom or the American Dream for granted.

Are the events included in your book historically accurate?

I tried hard to keep the dates and circumstances I portray in the novel as accurate as I possibly could. But Waves of Mercy is a novel and not intended to replace all of the history books about Holland. My main characters—Maarten, Geesje, and her family—are products of my imagination. No one by those names immigrated with the original settlers. But I relied on first-person accounts and diaries written by Holland’s original settlers for accurate details of their life in Holland. Some excellent books have also been written about Reverend Van Raalte and his vision for this community, which helped me bring his part of the story to life. My “Author’s Note” at the end of the novel explains what dates and events are true and what ones I tweaked for plotting purposes.

What did you find most interesting about the Dutch community as you did your research?

I was amazed by how committed the members of the Dutch community were to each other and to God. The Christian faith that the settlers shared is still very strong and vibrant in Holland, which has more than seventy churches in a population of 33,000. As I researched the many hardships the original settlers faced—famine, sickness, shipwreck, fire, war—I found it amazing that their faith in God never seemed to falter. And it’s still being passed down to the next generation today. 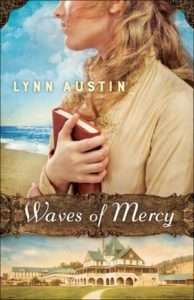 There are many complicated love stories included in this book. What inspired you to create those triangles? Do you have a favorite couple?

I guess I created love stories that are complicated because the reality is—love is complicated! It’s still a mystery to me why we fall in love with the people we do. And perhaps an even bigger mystery is how to keep love alive and growing after the first burst of passion fades. I’ve lived long enough to know that “happily ever after” is a myth, and I believe my readers know it, too. I wanted the love stories in Waves of Mercy to reflect real life and say more about true love and marriage than a typical romance novel does. My favorite couple is Geesje’s parents, who were role models for her of what dedicated love looks like throughout the ups and downs of life.

How is writing historical fiction different from the biblical fiction you’ve written? Is it a whole different process or is it similar?

My last three novels, The Restoration Chronicles, were based on the biblical books of Ezra and Nehemiah—which meant that I had to remain true to events and personalities from the Bible. I began with an outline of all the scenes and actions that are given in the Bible and then added dialogue and description and information from my research to expand that outline into chapters. The major characters and the plot are real, and I needed to remain true to their stories, but the minor characters could be fictional.

I have much more leeway when writing non-biblical historical fiction because my characters and plot events are products of my imagination. I begin with a brief timeline of historical events that I’ve developed during my research, then create my characters and plot as I go along. I often have only a vague idea of what will happen next and how the story will end as I’m writing it.