Nerd question: Do these books take place in a “shared universe”? Any plans for team-ups or full-on End Game-style crossovers? 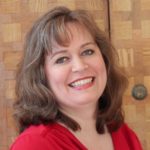 It is a shared universe, in a way, because I have two different series set in Medieval Germany in the same general time period, just in slightly different geographical areas, but I’m not planning on combining the two in any way. At this point, I’ve finished both series and have no plans to extend them. I am starting a new series, so . . . I guess it’s possible I might do a “shared universe” kind of “team-up” in the future. Hmm. You may have given me an idea . . .

Your books have won some major awards. How does that impact what you do? Do those ever affect how you approach writing the next book?

What do you consider the best ways for readers to support their favorite authors?

The best way to support your favorite author is to tell other people about their books. The more people who are influenced to want to read our books, the more sales for our books, and let’s face it. I can’t keep writing books unless my books sell. So I am always really grateful for those who tell their friends—or even strangers!—about my books. I love my readers and I’m so grateful for them! 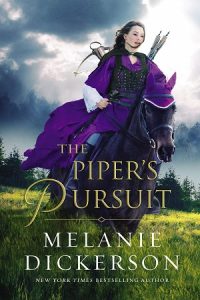 “Biblical themes will resonate with Christian readers, and discussion questions that will be of great use to book clubs are also included. Dickerson brings together faith, historical nuance, and a poignant romance to make a strong saga.” — Publishers Weekly

A plague of rats. Children going missing. A giant beast attacking just outside the walls of Hamlin. And one young woman determined to save her town.

Katerina’s stepfather, Hennek, is neither a good father nor a good husband, but he is the mayor of Hamlin. Could he somehow be causing the misfortunes that have befallen her beloved town? The evidence points to a beast of unusual size—a wolf, perhaps, or a large dog—killing people who venture too far from town. But does that explain the disappearance of so many children, many of whom seem to have gone missing from inside the town walls?

Steffan knows he must reconcile with his father, the Duke of Hagenheim, but he’s not sure he’s ready. In the meantime, he roams from town to town seeking adventure and reward. When he hears of a giant beast terrorizing the town of Hamlin and an equally giant reward that includes gold, money, and the mayor’s daughter in marriage, he heads to Hamlin. Steffan plans to kill the beast, rid the town of its rat infestation, and take the reward—everything except the girl in marriage. However, when he meets Katerina, he’s not so sure. Perhaps his plans need changing.

Katerina is hunting the Beast of Hamlin for herself, determined to win liberation from her conniving and controlling stepfather. When she finds one of the children who has been missing for many months, dirty and wandering around the woods, the mystery only seems to deepen. Katerina will have to team up with Steffan, the handsome but brash duke’s son who infuriates her—he’s the only one in town who isn’t controlled by the mayor. Danger dogs them from both man and beast. Can Katerina and Steffan stop the “Pied Piper” from stealing every last child from Hamlin? Or will their interference create an even worse fate?

Buy the book in our store!