Based on the extraordinary true story, the film Indivisible details the challenges of returning home from war—and the toll it takes on a marriage. There have been several resources created to enhance the film’s message, including the novelization by Travis Thrasher, published by Thomas Nelson. In this interview, Travis explains the process of adapting a true story, compares this experience with his previous novelizations, and reveals what inspiration he got from adapting the film…

How do you describe Indivisible? 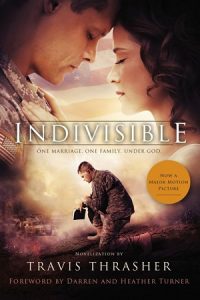 In one word: authentic. There are so many films out there that have a tagline of “based on a true story,” but Indivisible truly is based on Darren and Heather Turner. This film takes a unique look at the family of an Army chaplain from a realistic standpoint.

What happens when a man who has been called to bring hope to other soldiers ends up suffering himself? And what happens when the woman married to him has to wait and watch for her husband to come back home?

This is a book based on a movie based on a true story. What’s the process of adapting something that’s based on true events?

It’s quite an interesting process to be writing a work of fiction and to be able to email the main hero of the story! With other novelizations, I’ve taken a lot of creative license when it comes to fleshing out characters and storylines.

In this case, however, I did the very opposite. Instead, I wanted to share even more about the real Darren and Heather Turner while staying true to the story of Indivisible. My No. 1 goal with this adaptation was to honor the Turner’s amazing testimony.

You’ve written several novelizations. How often do you collaborate or work directly with the filmmakers vs. working alone?

Every novelization I’ve worked on has been different. When I first began working on Indivisible, I connected with the director, David Evans, to hear his heart and vision for the film. He was extremely supportive of my ideas and my work.

My process starts with reading the screenplay and seeing the story in my imagination. Sometimes I don’t see the film until after the book is finished, but in this case, I was able to watch the film while I was working on the novelization.

The great thing was being able to collaborate directly with Chaplain Turner himself. I asked him a variety of questions while working on the book. He was incredibly generous and extremely helpful.

What personal inspirations did you take away from the script while converting it to a novel? 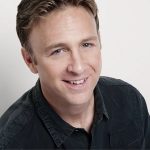 I’m an emotional guy, especially as the father of three young girls, so it’s easy for a film to make me tear up whenever it has something to do with a father and his children. At times I was quite emotional working on this book and imagining what both Darren and Heather were going through.

I was constantly reminded of the extreme sacrifices our military families make, and about how only God can heal the wounds in a marriage.

What was your favorite thing about working on Indivisible?

I will never be in the Army nor will I ever be a chaplain, but for a while, I got to “play” one in the process of working on this book. Honestly, more than just being able to write from Chaplain Turner’s point of view, I was incredibly honored to be able to portray a part of his life in this novelization.

It’s not a biography or memoir, but it’s still a story based on real family. I know a lot of people will love the movie and the book!