The Christy Award Hall-of-Famer takes us behind the scenes adapting the newest film from the makers of War Room.

An award-winning author and radio personality, Chris Fabry’s novels include Under a Cloudless Sky, Almost Heaven, and The Promise of Jesse Woods. He has won five Christy Awards, an ECPA Christian Book Award, and two Awards of Merit from Christianity Today. He was inducted into the Christy Award Hall of Fame in 2018.

His latest fiction is Overcomer (Tyndale House), an adaptation of the new film by the makers of War Room. In fact, director Alex Kendrick specifically requested Fabry’s involvement! In the story of Overcomer, based on themes from the book of Ephesians, life changes overnight for coach John Harrison when his high school basketball team and state championship dreams are crushed under the weight of unexpected news.

In this interview, Chris explains what it was like working again with the Kendricks brothers, shares the behind-the-scenes process, and reveals the rewards of putting our future in God’s hands. 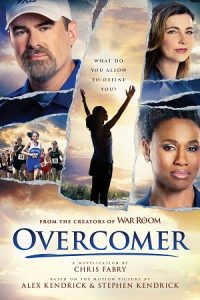 Chris, what most attracted you to writing the novelization of Overcomer?

I had read the book Union with Christ and featured the author [Rankin Wilbourne] on my radio program. The study of Ephesians 1 and 2 was on my radar and then, suddenly, the Kendricks approached with the same topic only in fictional form. I felt it was not happenstance that all of that came together, so there is part of me that felt I couldn’t NOT do it.

You also adapted the Kendricks brothers’ film War Room to the page. What is it like working with them again?

I’m so excited about tackling another great story with the Kendricks. I love asking questions about what’s going on inside the people you see on the screen, so the book will give you all of the film plus some deeper looks at the backstory and other meaningful threads that can’t fit into a two-hour film.

No spoilers, but what can you tell our readers about Overcomer?

The film focuses on a fifteen-year-old girl, Hannah Scott. She’s been through a lot of loss in her life and struggles with her identity, which is universal. As you watch her grapple with what life throws at her, you will be encouraged to run your own race. Her coach also has a big part in the film and novel because he’s struggling with some of the same questions. 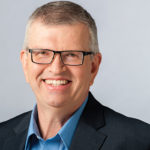 I was amazed at the complexity of all the moving parts. I was also struck by the commitment the Kendricks and their team have to tell the story they’re given and not deviate. Their commitment to prayer on set was heartening and rich.

How do you relate to this story yourself?

I struggle with the same thing these characters are struggling with. Do I gauge my worth by my performance? Do I gauge my acceptability with God by some external thing, or do I really believe God accepts me as I am and that he sees the righteousness of Christ in me? Do I strive or rest? Those are questions that are huge in my life and I think will make a difference for anyone who reads or sees this story.

Want to go behind the scenes with Chris? Click through to continue!