Book Summary:
This Christian historical novel delves into the thinking and scriptural arguments on both sides of the conflict. It also features the British point of view.

Ruth Haynes uses the pen name Honorius when she writes for her father’s newspaper. Boston has changed beyond recognition, and her Loyalist views soon get her in trouble. With war looming, what will their family do?

Jonathan Russell hides a guilty secret. The Battle of Bunker’s Hill sweeps him and his Shenandoah Valley family into the war. The unthinkable happens, and he’s forced to deal with both his grief—and his guilt.

Lieutenant Robert Shirley is summoned by his godmother and introduced to the Earl of Dartmouth, who charges him to gather intelligence in Boston. He is horrified but must obey. 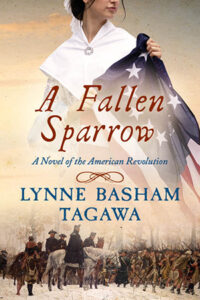