If you are looking to start 2017 with some Amish fiction with a fresh plot, Suzanne Woods Fisher’s latest novel, The Newcomer (Revell), is exactly what you need. Anna is among the first Amish group to settle in The New World. Set in 1737, this novel will help you understand Amish culture from a historical perspective. 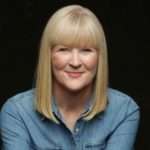 Where did the inspiration for your story come from?

It came through studying 18th-century Pennsylvania—there were (are!) so many stories still to be told. As I was driving through areas where the first Amish settled (north of Lancaster), I made a point to visit Ephrata Cloister. What an incredible little pocket of American history and the pursuit of Utopia … which included a connection to printer Benjamin Franklin! You can be sure I included that detail!

How did you research what Amish life was like in 1737?

On the ground. I visited the locations of early settlements, went to historical museums, interviewed docents, walked through cemeteries, and read all kinds of books that described everyday life of 18th-century immigrants. I’m amazed at how difficult the everyday tasks of life must have been—especially during cold winters. 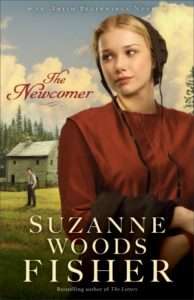 What were some of your most surprising findings while researching?

These immigrants were so incredibly brave! (Or maybe cockeyed optimists?) They walked off the ship—and that was no luxury cruise; over half of the passengers typically died on an ocean crossing—straight into Port Philadelphia, navigated their way through the English court system to become naturalized citizens, purchased provisions and, at long last, made their way north or west …on uncharted trails. There, amongst wildlife and Native Americans, they would carve their new home out of wilderness. Traveling through those heavily wooded areas that included hills and valleys, streams and rivers, gave me such an appreciation for their determination. And most often, within one generation, those German immigrants had expanded their families and they were establishing wealth.

Anna is a young woman with a settled soul. Despite her youth, others are drawn to her. She has a sense of what this small church community needs, and what her role should be. And naturally, she’s strikingly beautiful with two dashingly handsome men vying for her affection.

Can you tell us where you are taking the series next?

The next book, The Return, jumps forward a generation. Betsy Zook is a new immigrant, a beautiful young woman who never questioned her family’s rigid expectations, but then she never had to—until the night when she was taken captive in a surprise Indian raid. During her captivity, Betsy faces brutality and hardship, but also unexpected kindness. She draws strength from native Caleb, a man who encourages her to find God in all circumstances. She finds herself torn between her pious upbringing and the intense new feelings this compelling man awakens within her.

And then there’s Hans Bauer, who was the baby born on the Charming Nancy in 1737 (Anna’s Crossing). Handsome and complex, Hans is greatly anguished by Betsy’s captivity and turns to Anna’s daughter Tessa for comfort. Eagerly, Tessa responds, overlooking troubling signs of Hans’s hunger for revenge. When Betsy is finally restored to the Amish, have things gone too far between Hans and Tessa?

Writing this book from a historical angle and doing all the research you did, has it shaped your perspective of the Amish community?

Community is just the right word for it. The Amish do community right. They always have—even back in the 1700s. They seem to have an innate sense of providing security and safety for those who belong to them. Perhaps this quality rose from a martyred past, or even a result of being pioneers in the New World, but it seems to have become part of their DNA. There’s so much we can learn from their ability to build and sustain community—in our churches, our neighborhoods, our families. As an Amish man once told me, “The Amish, they ‘got’ your back. It’s a comfort to lean on.”