Ruth Reid’s Heaven on Earth series are Amish novels that focus on how the supernatural manifests our everyday lives. The series has just been re-released in new packaging, so we thought it would be a good opportunity to revisit them. In this Q&A, Ruth explains the inspiration for this unique series, the biblical basis for the supernatural themes, and her writing process…

Where did the inspiration for the Heaven on Earth series come from?

What inspired me was the desire to show God’s hand working in our lives even when we are unaware. God’s love is everlasting, His faithfulness unfailing. To God be the glory! 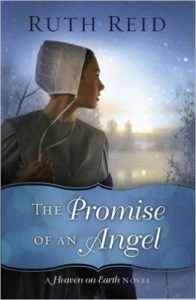 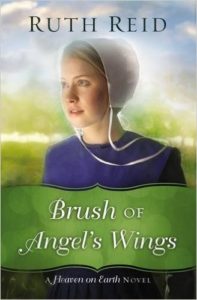 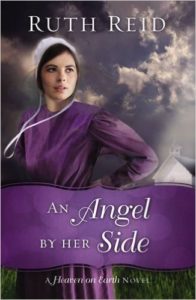 What’s the basis for the supernatural elements in these novels?

According to 1 Peter 5:8 “Be sober-minded; be watchful. Your adversary the devil prowls around like a roaring lion, seeking someone to devour.” The enemy is out there, lurking for someone to give him a foothold.

But God has given us angels to defend us. “For he will command his angels concerning you to guard you in all your ways” (Psalm 91:11).

In Brush of Angel’s Wings, the supernatural element takes place in the realm of the unseen. Rachel and Jordan are unaware of the raging battle or that their actions are under the influence of good and evil.

For me, writing is a lot like putting a puzzle together. I start with the boarder/edge pieces, then fill in the missing sections until the picture (or in my case story) is finished. Usually, before the book is started, I develop a general premise or question.

In the case of Brush of Angel’s Wings, I wondered what it might be like for an unseen angel and demon to vie for the main character’s soul. Of course, that meant I needed to create weaknesses that would cause my main characters’ to struggle. Once those ideas were formed, I began writing. Later, I called my brainstorming friend, and over a four-hour lunch, I killed off a character.

In the Amish Wonders series, my initial nugget of “what if” started out as a medical miracle question.

In the Amish Mercies series, the question that rises is: What crisis does the main character face that requires guidance (unknowingly) by an angel?

The Heaven on Earth Series

The Promise of an Angel (Heaven On Earth #1)
Interrupting the ordered routine of the Mecosta County Amish settlement, an angelic visitor awakens Judith to a new faith…

The Promise of An Angel (Heaven on Earth #1)

Brush of Angel’s Wings (Heaven On Earth #2)
He doesn’t plan to stay Amish. She doesn’t have a plan. Then an angel draws their hearts toward God–and each other…

Brush of Angel’s Wings (A Heaven On Earth #2)

An Angel by Her Side (Heaven On Earth #3)
Katie has lived through tragedy and heartache. But with the angel Elias by her side, the best years of her life are just ahead…

An Angel by Her Side (Heaven On Earth #3)