In their collaboration The Englisch Daughter (WaterBrook), a marriage is tested in this Old Order Amish novel of longing for renewed love and a path for forgiveness.

In this exclusive interview with Cindy and Erin, we find out what inspired this novel, how some Amish districts accommodate technology, and what they hope readers will take away after having read their book.

What inspired the story in The Englisch Daughter? 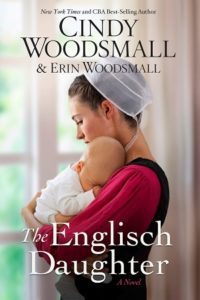 Cindy: Love, a bit of understanding marriage, and Facebook readers inspired this story. Love is everything. God is love. Everything good in our lives was born out of love. Marriage can be a renewable source of love.

The key words in the previous sentence is “can be.” Marriage is capable. But each spouse has to be willing to change with the times, be open to the scary aspects of that change, and be willing to sacrifice for each other. If only one spouse is doing those things, it eventually breeds resentment and contempt, which is about as far from unconditional love as one can get.

Because the phrase “unconditional love” is often used to excuse bad behavior, I feel the need to clarify that it doesn’t mean unconditional acceptance of behavior. I think Proverbs 27:17 sums it up really well: As iron sharpens iron, so one person sharpens another.

While pondering on these things, I wondered if readers would want a story about a young married couple with several children, so I polled my Facebook readers, asking if they preferred a new romance or a marriage-in-trouble story. Hands down, they voted for a story of a marriage in trouble.

Their response and enthusiasm lit a fire in my heart. This novel also has a new romance…because I couldn’t resist having one of those also.

Erin: This story started from imagining of one of the worst situations a married couple could be in: a hopeless, broken, shell of what was once a healthy relationship. Very early in the writing process, Cindy shared the opening chapters of her working synopsis and I remember thinking “Wow, are Jemima and Roy ever going to work this out?”

But at the same time, we knew the goal was to have a slow-burn romance and bring the couple back from the brink. We also wrote of fresh, young love between Abigail, who is Roy’s younger sister, and Chris, the new and mysterious Amish man in town.

The Amish are so well-known as “Plain People.” Are there really Amish now who are comfortable using cell phones? 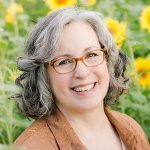 Cindy: Let me back up a bit to answer that. An Amish district most often consists of 25 to 45 households. Each district has a preacher, deacon, and bishop, although the bishop usually covers more than one district, and each man also preaches during the every-other Sunday service.

There are about two thousand Amish districts in the US, so how a district feels about cell phones varies according to the strictness of the ministers’ stances and the business needs of those in their district. I have stayed in an Amish home that was very strict about not having cell phones, and I’ve stayed in a home that was much more relaxed about it.

The setting for The Englisch Daughter is the (mythical) town of Mirth, which is just outside of Lancaster. The bishop’s stance on phones is based on a conversation I had with an Amish man a few years ago. The bishop in Mirth gives his people a lot of room concerning cell phones, knowing that cell phones are often the difference between a small business thriving or going under, especially when that business is similar to Roy’s horse farm and isn’t run from an office. 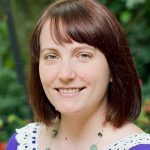 Erin: Added to what Cindy said, there’s also the technicality of OId Order Amish homes not being connected to the world via wires. For years, certain districts have allowed Amish families to have phone shanties on their properties. They’re allowed to have refrigerators—connected to generators or propane instead of the power grid.

We saw children playing wireless Nintendo DS systems while visiting Amish country a decade ago. Seeing it through that logic, cell phones aren’t a far stretch.

As Cindy said, many bishops are all about trying to make certain aspects of life easier for their flock. Cell phones are a necessity for some small businesses, therefore certain bishops will show leniency on this in order to help those family businesses succeed.

What was it about Jemima and Roy’s relationship that made you want to tell their story?

Cindy: I love a good romantic story, and what better way to dive deep into romantic love than to begin at a point of broken love, a place that only true love (and God) can redeem. When I begin writing, I’m never certain of the outcome of the story, so I wanted to go on that journey and see what became of the couple who once adored each other. Could they find love and each other?

Roy did a few things along the way that I didn’t expect. One is something foreign to the Amish: he frees her.

Erin: I was drawn to the juicy, scandalous details of Roy’s lies and mess ups! It’s by far our story with the most twists of secrets happening in a relationship.

Which character surprised you the most when you wrote The Englisch Daughter?

Cindy: My heart identifies with Roy. I’ve seen his heart in the heart of many people. He longs with all that is in him to make things right, and yet he clings to secrets as if they can save him and his wife.

Despite that some of his behavior says otherwise, he loves his wife deeply. Is that enough? Does he love another more?

Erin: I have to agree that Roy surprised me too. At first, I wasn’t a fan, even as I was writing his chapters early on in the book. All the lies … ignoring his family so he could pull out his cell phone. Ugh!

But as the story continues, we can really see that Roy is doing his best while being in several no-win situations. He comes through for his Englisch daughter, putting everything on the line for her: his business, his dignity. He sees her as precious, worthy, and irreplaceable. Isn’t that what Christ does for us?

For all of Roy’s early selfishness, he learns, grows, and changes, finally seeing his wife’s needs. Needless to say, now I love Roy’s character.

What would you like your readers to take away after having read The Englisch Daughter?

Erin: There can be great passion and love in the longest of long-term relationships, but like a plant, we have to water and feed them. Resentment and lies will cause marriages to wither, and the greatest way we can grow our marriages is by living Jesus’s example and by the words in 1 Corinthians 13:4-8 (verses that were included in many wedding sermons, including mine): Love is patient, love is kind. It does not envy, it does not boast, it is not proud. It does not dishonor others, it is not self-seeking, it is not easily angered, it keeps no record of wrongs. Love does not delight in evil but rejoices with the truth. It always protects, always trusts, always hopes, always perseveres. Love never fails.

The Englisch Daughter
Cindy Woodsmall and Erin Woodsmall
WaterBrook Press
Buy the book from our store!