How does The Patient One fit into the bigger picture of the Walnut Creek series? 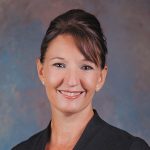 Though the series actually begins with Friends To The End, an e-novella prequel to the series, The Patient One is the first “real” introduction to The Eight. As the books continue with The Loyal One, The Protective One, and finally The Trustworthy One, the series will explore how the friendships have grown and changed.

I might also mention that the series begins at the funeral of one of their members. So, as the series progresses, the characters also are coming to terms with this loss.

What background or research do you bring to your novels to write accurately about the Amish and Mennonite peoples?

I was fortunate to live near an Amish community for 20 years. I lived just an hour away from a community in Southern Ohio, and three hours from Holmes County. Because of that, I was able to do a lot of research in those communities.

Through the years, I’ve spent time in a number of Amish communities in Ohio, Kentucky, Indiana, and even down in Pinecraft in Florida. Being in those places helped my research tremendously.

To those of us on the outside looking in, we don’t see a lot of difference between “Amish” and “Mennonite.” Can you explain some of the differences? 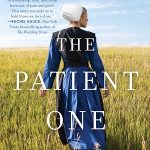