Best-selling Amish author Kelly Irvin sets her series Amish of Big Sky Country in Montana and uses a common thread to set the trilogy into motion. Her second novel in the set is A Long Bridge Home (Zondervan): After her community in the awe-inspiring Montana mountains is suddenly consumed by a raging wildfire, one young Amish woman finds herself in a new town where she’s introduced to the Native culture of the Kootenai people. In our exclusive interview, Kelly shares the undergirding theme of the story, explains what goes into her research in preparing her novels, and touches on why she also writes romantic suspense.

What inspired the story in A Long Bridge Home? 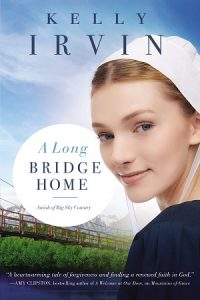 While doing research for the Amish of Big Sky Country series, I learned that St. Ignatius, where this Amish community lives, is located on the Flathead Indian Reservation. The idea of such diverse belief systems co-existing in this region prompted me to visit The People’s Center, a Kootenai tribe historical museum in Polson, Montana, during a research trip. There the education coordinator gave us an extensive tour and interview of the tribe’s history and current day challenges.

I was floored and awed by what this tribe has experienced and overcome in its long, often tragic, history. This perspective on American and specifically Montana history formed the basis for A Long Bridge Home. I wanted to explore what happens when two people with such differing backgrounds and beliefs forge an unlikely friendship and how that friendship has ripple effects on the people close to them.

What spiritual themes play out through the novel? 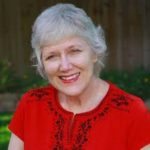 The over-arching theme is the importance of not only knowing what we believe and why but being able to articulate it to others. As I researched and wrote this story, I found myself being thankful for my church family of twenty-five years. I know what I believe, but I also respect and value people who hold different beliefs.

In her editorial letter, my editor Becky Monds drew out two small pieces she felt exemplified the theme of the struggle and the benefit of that struggle:

“[Raymond’s] view of the world bumped against hers and sent it spinning out of control. For the first time she had to justify—in her own mind—what she believed.”

“Now [Christine] knew the world was bigger and more complicated. Threads of many colors made up the fabric of this world. Its brilliance drew her in. She wanted to touch this bright, worldly shawl and wear it around her shoulders.”

“The exposure to a world and beliefs different than ours is ultimately good for us. It’s a matter of internal balance, knowing where we stand, what we believe, but being open to letting others believe in and stand for something different. Leaving room for civilized, sometimes spirited, discourse.”

How does this book fit into the bigger picture of the Amish of Big Sky Country series?

All three books in the series begin at the same critical point in the lives of three women who are friends and have lived their entire lives in tiny West Kootenai, Montana. That critical point is the evacuation of the town as wildfire sparked by lightening in the Kootenai National Forest threatens to descend on the community. Families are forced to flee.

This is an event “ripped from the headlines,” as they say. It really happened.

What comes next is all my imagination. For the first time each young woman is exposed to situations that forces her to reexamine her beliefs and her relationships—particularly with the man in her life.

Click thru to discover how Kelly writes authentically about the  Amish…