Are you looking for the perfect gift for your mom this year? (Or maybe you need to give some hints to the kids?) We’ve picked 5 books that ring true to the heart of a mother with themes like family and friendship. These are 5 books sure to please any mom! 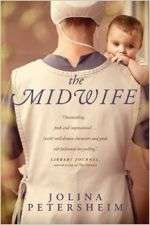 The Midwife by Jolina Petersheim

For the mom who loves Amish reads!

Since the day Rhoda Mummau was baptized into the Old Order Mennonite Church and became the head midwife of Hopen Haus, she’s been torn between the needs of the unwed mothers under her care and her desire to conceal the secrets of her past. Contact with the outside world could provide medical advantages, but remaining secluded in the community gives her the anonymity she craves.

Graduate student Beth Winslow is on a path she never would have chosen. Heartbroken after surrendering a baby to adoption, she devotes herself to her studies until she becomes pregnant again, this time as a surrogate. But when early tests indicate possible abnormalities, Beth is unprepared for the parents’ decision to end the pregnancy—and for the fierce love she feels for this unborn child. Desperate, she flees the city and seeks refuge at Hopen House.

Past and present collide when a young woman named Amelia arrives to the sweeping countryside bearing secrets of her own. As Amelia’s due date draws near, Rhoda must face her past and those she thought she had left behind in order for the healing power of love and forgiveness to set them all free. 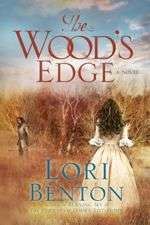 The Wood’s Edge by Lori Benton

For the mom who loves historical novels!

The 1757 New York frontier is home to the Oneida tribe and to British colonists, yet their feet rarely walk the same paths.

On the day Fort William Henry falls, Major Reginald Aubrey is beside himself with grief. His son, born that day, has died in the arms of his sleeping wife. When Reginald comes across an Oneida mother with newborn twins, one white, one brown, he makes a choice that will haunt the lives of all involved. He steals the white baby and leaves his own child behind. Reginald’s wife and foundling daughter, Anna, never suspect the truth about the boy they call William, but Reginald is wracked by regret that only intensifies with time, as his secret spreads its devastating ripples.

When the long buried truth comes to light, can an unlikely friendship forged at the wood’s edge provide a way forward? For a father tormented by fear of judgment, another by lust for vengeance. For a mother still grieving her lost child. For a brother who feels his twin’s absence, another unaware of his twin’s existence. And for Anna, who loves them both—Two Hawks, the mysterious Oneida boy she meets in secret, and William, her brother. As paths long divided collide, how will God direct the feet of those who follow Him? 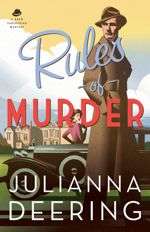 A Rules of Murder by Juliana Deering

For the mom who likes a good mystery!

Drew Farthering loves a good mystery, although he generally expects to find it in the pages of a novel, not on the grounds of his country estate. When a weekend party at Farthering Place is ruined by murder and the police seem flummoxed, Drew decides to look into the crime himself. With the help of his best friend, Nick Dennison, an avid mystery reader, and Madeline Parker, a beautiful and whip-smart American debutante staying as a guest, the three try to solve the mystery as a lark, using the methods from their favorite novels.

Soon, financial irregularities at Drew’s stepfather’s company come to light and it’s clear that all who remain at Farthering Place could be in danger. Trying hard to remain one step ahead of the killer — and trying harder to impress Madeline — Drew must decide how far to take this game. 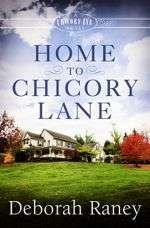 For the mom who enjoys a good coming-home story!

Audrey Whitman’s dreams are coming true. Now that their five kids are grown, she and her husband Grant are turning their beloved family home into a cozy bed and breakfast, just a mile outside of Langhorne, Missouri. Opening weekend makes Audrey anxious, with family and friends coming from all over to help celebrate the occasion. But when Audrey’s daughter, Landyn, arrives, the U-Haul she’s pulling makes it clear she’s not just here for a few days. Audrey immediately has questions. What happened in New York that sent Landyn running home? Where was Landyn’s husband, Cory? And what else was her daughter not telling her?

One thing was for sure, the Chicory Inn was off to a rocky start. Can Audrey still realize her dream and at the same time provide the comfort of home her daughter so desperately needs? 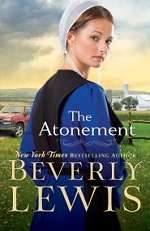 The Atonement by Beverly Lewis

For the mom who loves Beverly Lewis!

The mistakes of the past haunt Lucy Flaud, who years ago stopped attending the activities for courting-age young people in her hometown of Bird-in-Hand. Now twenty-five and solidly past the age of Amish courtship, Lucy has given up any hope of marriage, instead focusing her efforts on volunteering in both the Plain and fancy communities of Lancaster County. Yet no matter how hard Lucy strives, she feels uncertain that she’ll ever find redemption.

Dale Wyeth has a deep mistrust of modern-day “advances” and the dependency they create. The young Englisher’s interest in living off the grid is fueled further when he meets Christian Flaud, Lucy’s father. Dale appreciates the self-sufficient ways of the Old Order Amish, and Christian invites him to learn more about them by staying at the family farm.

As Christian and Dale grow closer, developing a father-son rapport, Lucy begins to question what Dale’s being there might mean for her. Could God be testing her? Or is it possible that even the most unworthy heart–and two people from very different walks of life–can somehow find a new beginning?