Are you looking for a historical novel to transport you to an interesting time and place? We’ve got you covered with engaging characters, intriguing plots and amazing romances! Here are five books to add to your reading list today! 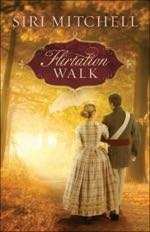 Trying to escape the shambles her con-man father has made of their reputation, Lucinda Curtis arrives in West Point, New York, determined to land a husband from the military academy. Campbell Conklin is first in his class and preparing to embark upon a storied career in the U.S. Army. Lucinda thinks Campbell will make the perfect husband . . . as long as he does not find out about her father.

Seth Westcott also has taken a liking to Lucinda. He’s kind, smart–and working extremely hard to graduate last. Tradition states that the worst cadets are assigned to the cavalry out west. And west is where Seth must head to track the swindler who stole all of Seth’s mother’s money. Seth is smart enough to vie for the top spot, but life isn’t fair and this is his chance to catch the man who ruined his family. It’s too bad Campbell is all shine and no substance, but Lucinda will surely see through all of that, won’t she? 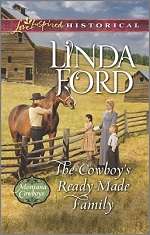 Susanne Collins has her hands full raising her four orphaned nieces and nephews and managing the family farm. So when her cowboy neighbor proposes he plant her crops in exchange for keeping his wild horses in her corrals, Susanne hesitantly takes the deal. Soon her reluctance to accept help ebbs, and she wonders if Tanner Harding will he prove to be the strong, solid man she’s been hoping for…

Half–Native American Tanner has always been adrift in a white man’s world. Yet the beautiful stand-in mother and her ready-made family give him a sense of belonging for the very first time. But can he convince Susanne to take a chance and welcome him not just into her home but also into her heart? 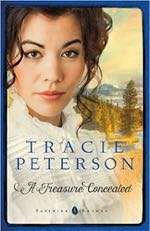 A Treasure Concealed by Tracie Peterson

Emily Carver wants a home where she can put down roots instead of following her gold-hungry father from one mining camp to another. She also longs for tenderness and love, both of which are missing in her life. Yet when she realizes she’s losing her heart to the intriguing new man in camp, she fiercely fights her feelings, afraid that love will only result in disappointment and heartache.

Caeden Thibault, a young geologist, comes to Montana to catalog minerals indigenous to the state. He’s a serious and guarded young man trying to escape the pain of his past. He has avoided all romantic entanglements, fearing he might become like his abusive father. But something about Emily Carver has caught his attention, something he never expected 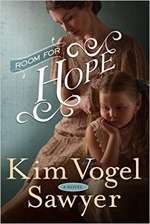 In a desperate time, can Neva find forgiveness for a grievous wrong—and make room for hope?

Neva Shilling has a heavy load of responsibility while her husband travels to neighboring communities and sells items from his wagon. In his absence, she faithfully runs the Shilling Mercantile, working to keep their business strong as the Depression takes its toll, and caring for their twins.

When a wagon pulls up after supper, Neva and her children rush out—and into the presence of the deputy driving a wagon carrying three young children. The deputy shocks her with the news that Warren and his wife have died, insisting it was their last request that the three children go live with “Aunt Neva.”

Neva’s heart is shattered as she realizes that Warren’s month-long travels were excuses for visits with his secret family. She wants nothing more than to forget Warren, but can she abandon these innocent children to an orphanage? Yet if she takes them in, will she ever be able to see them as more than evidence of her husband’s betrayal and love them the way God does? 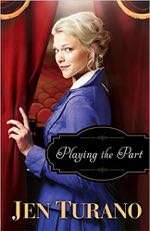 Playing the Part by Jen Turano

Lucetta Plum is an actress on the rise in New York City, but is forced to abandon her starring role when a fan’s interest turns threatening. Lucetta’s widowed friend, Abigail Hart, is delighted at the opportunity to meddle in Lucetta’s life and promptly whisks her away to her grandson’s estate to hide out.

Bram Haverstein may appear to simply be a somewhat eccentric gentleman of means, but a mysterious career and a secret fascination with a certain actress mean there’s much more to him than society knows.

Lucetta, who has no interest in Abigail’s matchmaking machinations, has the best intentions of remaining cordial but coolly distant to Bram. But when she can’t ignore the strange and mysterious things going on in his house, it’ll take more than good intentions to keep her from trying to discover who Bram is behind the part he plays.