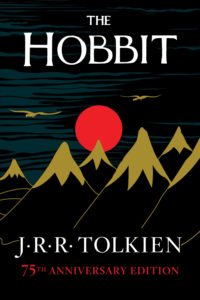 This week marks the 80th anniversary of J.R.R. Tolkien‘s classic novel The Hobbit, or There and Back Again. The novel’s origins go back to the night when Tolkien (1892-1973), bored of grading student papers, reached for a sheet of paper and scribbled, “In a hole in the ground there lived a hobbit.”

Finishing the novel in 1932, Tolkien shared the manuscript with his colleagues–including C.S. Lewis, who would eventually pen the Chronicles of Narnia. Tolkien and Lewis, both Christians, were close friends as well as members of the Inklings, a club that met every week to discuss literary matters.

In addition to the anniversary of the book’s publication, this week also includes “Hobbit Day,” scheduled to fall on Bilbo’s and Frodo’s mutual birthday (said by Tolkien to be September 22). According to the American Tolkien Society, Hobbit Day is celebrated with “feasts, games, costume events, fireworks and the like.”

FURTHER READING: The Christian faith behind J.R.R. Tolkien’s The Hobbit and The Lord of the Rings